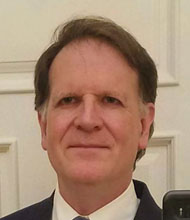 Steven Berry is the David Swensen Professor in the Economics Department at Yale University, specializing in the empirical analysis of markets in equilibrium. He is a winner of the Frisch Medal of the Economics Society, was elected to be a member of the American Academy of Arts and Sciences in 2014 and was named the 2017 Distinguished Fellow of the Industrial Organization Society. At Yale, he has served as Department Chair, as Director of Division of Social Sciences and as inaugural Director of the Tobin Center at Yale, a research center focusing on domestic economic policy. He has served as a consultant for governments, policy institutes and the private sector, focusing on questions of antitrust as well as environmental and trade policy. Berry is also affiliated with the Cowles Foundation at Yale and is a Research Fellow at the NBER. 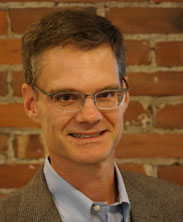 Philip A. Haile is the Ford Foundation Professor of Economics at Yale University. His research combines theoretical and empirical perspectives to study topics in industrial organization, including those involving auction markets and differentiated products oligopoly markets. He received an A.B. in Economics from Duke University in 1988 and the Ph.D. in Economics from Northwestern University in 1996. At Yale he teaches undergraduate and graduate courses in industrial organization, as well as a graduate course on empirical methods in economics. He has been visiting faculty member in the Economics Departments at the University of Chicago and Stanford University. He was an Editor for the RAND Journal of Economics from 2004 to 2010 and has served as an Associate Editor for the American Economic Journal: Microeconomics, Econometrica, the Econometrics Journal, the Journal of Industrial Economics, and the RAND Journal of Economics. Professor Haile's research has been supported by grants from the National Science Foundation, Ameritech Foundation, Wisconsin Alumni Research Foundation, and Alfred P. Sloan Foundation. He has been affiliated with the Cowles Foundation for Research in Economics at Yale since 2003 and served as its Director from 2005 to 2011. He holds a secondary (courtesy) appointment in the Yale School of Management and is a Research Associate of the National Bureau of Economic Research (NBER), a Fellow of the Econometric Society, and an International Fellow of the Centre for Microdata Methods and Practice (CEMMAP) at University College-London. 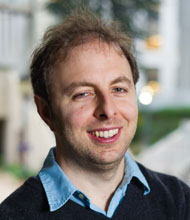 Patrick Kline is a Professor of Economics at UC Berkeley and a faculty research associate at the National Bureau of Economic Research. His research focuses on the determinants of wage inequality and the effectiveness of public policies designed to combat inequality. Dr. Kline is a foreign editor of the Review of Economic Studies and serves as associate editor at the Journal of Political Economy, Econometrica, and the American Economic Journal: Applied Economics. Dr. Kline is a leading expert on the economics of imperfectly competitive labor markets, place-based policies, and program evaluation methods. In 2018 he was awarded the Sherwin Rosen Prize for outstanding contributions to the field of labor economics. 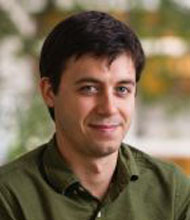 Christopher Walters joined the economics department as an assistant professor after receiving his PhD in economics from MIT in 2013. He received a National Academy of Education/Spencer Foundation Dissertation Fellowship in 2012. In 2008, he graduated with a BA in economics and philosophy from the University of Virginia and received a National Science Foundation Graduate Research Fellowship. His research focuses on labor economics and the economics of education, with an emphasis on school performance at the primary and early childhood levels. This work includes quasi-experimental studies of the effects of charter schools on test scores and post-secondary outcomes, a study documenting and explaining variation in effectiveness across Head Start childcare centers, and an analysis of differences in the demand for school quality across demographic groups. His work also involves developing and applying econometric tools to answer questions of practical interest.

Written version of the material in the course: 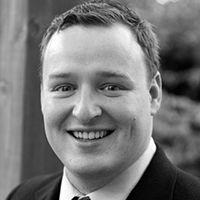 Kevin Bryan is an Assistant Professor in the Strategic Management faculty. His work primarily consists of applied theoretical analyses of innovation, generally supported by detailed qualitative historical investigation. He has published on the reasons innovation policy cause firms to work on inefficient R&D projects, the evaluation of early stage ventures, competition in rideshare markets, the use of science by inventors, and the reasons cities may not benefit from inventions that occur there. He maintains a side interest in studying history of thought, the history of the Industrial Revolution, and social scientific methodology. He writes the research weblog A Fine Theorem (http://afinetheorem.wordpress.com) devoted to discussions of new economics and strategy research; the site has been visited over 750,000 times and has been discussed by The Economist, Slate, Reuters, Forbes, and Bloomberg, among others. 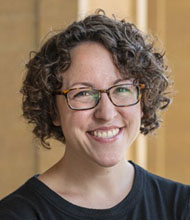 Heidi Williams is the Charles R. Schwab Professor of Economics at Stanford University; Professor, by courtesy, of Law at Stanford Law School; and a Senior Fellow at the Stanford Institute for Economic Policy Research (SIEPR).  She is a Research Associate at the National Bureau of Economic Research (NBER), where she is co-director of the Health Care Program, and is a co-editor of the Journal of Economic Perspectives. Her research agenda focuses on investigating the causes and consequences of technological change, with a particular focus on health care markets.  Heidi received her AB in mathematics from Dartmouth College in 2003, her MSc in development economics from Oxford University in 2004, and her PhD in economics from Harvard in 2010.  She is the recipient of a MacArthur Foundation Fellowship (2015) as well as an Alfred P. Sloan Research Fellowship (2015), and has also been recognized for her undergraduate teaching, graduate teaching, and graduate advising.