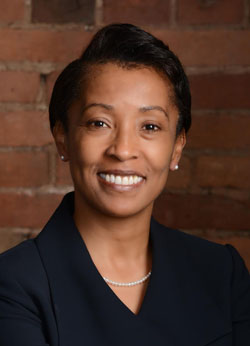 Choosing the Alt-path is rarely easy. Just ask Rhonda Sharpe. But as she’ll also contend, the alternative path can also be the most rewarding.

Sharpe is the founder and president of a new think tank on equity, the Women’s Institute for Science, Equity, and Race, or WISER. WISER is working to ensure that policy research addresses the economic, social, cultural, and political well-being of Asian, Black, Hispanic, Native American and multiracial women.

“I want to shine a light on populations that have been very much ignored,” she said. In economics, for example, there’s been efforts to advance women in the field. But while women as a group have made small strides, “some women of color weren’t included in that list.” In economics, and society more broadly, she says, “when we talk about women, we mean white women.”

Sharpe has been thinking about WISER for nearly a decade, beginning when she was a tenured professor at Bennett College. In 2012, she left Bennett, giving up tenure in the process. “People will tell you to suck it up, you’ve got a job for life,” she said of giving up tenure. “But they don’t think about what being in a hostile space does to you mentally and physically.”

She took a visiting position at Duke to collaborate with William “Sandy” Darity. The two had founded the Diversity Initiative for Tenure in Economics (DITE) in 2008, a mentoring program to seed the pipeline with more diverse faculty. Yet she kept the idea of WISER alive all the while. A visiting professorship beckoned her to Bucknell University. The courtship seemed to go well, but in the end, they wanted to hire a more junior faculty member. The irony did not escape her.

“I’m in this profession that keeps talking about diversity,” she said. “I’m the co-founder of a program that’s about mentoring junior faculty to tenure, I’ve been the associate director for the AEA Summer Program. And yet here I am, I can’t find a job.”

Sharpe’s research has focused on questions of representation, from a study of whether math requirements were holding women back from economics (they weren’t), to diversity in STEM programs, to who attends for-profit colleges. A through-line in the work is an underlying question of access and gender bias.

In her case, she suspects that her deviation from the preferred path came with penalties. “It puts question marks around you,” she said.

But looking back, maybe it was the nudge she needed to return to the goal of setting up WISER. And if she was looking for another sign, she found one early in the process. Concerned about being without a paycheck, she wanted to get WISER off the ground, pronto. She paid $100 to fast-track the nonprofit status paperwork in 24 hours. Compulsively checking her email, she waited. And waited. She went running to calm her nerves. Checking her email again in Starbucks after her run, there it was, the confirmation she’d been waiting for. Her running partner reminded her of what day it was: International Women’s Day. “That is when I knew this is what I should be doing,” she said.

The process has not always been easy, but “I’m learning so much about me. I look at all the things I’ve done in academia, but this is mine, my legacy.”

Ultimately, she says, she wants the work that WISER does to make it hard for people to talk about women, or any group, as a monolithic group.  And in doing so, as a former student told her, to build a wiser generation of women.

Sharpe will be the first to admit that flying without a net isn’t easy. “There’s days when I wake up and think, ‘What makes you think you can do this?’” She also feels alone at times.

“I sometimes feel like I don’t have a community. I’m doing something that most people don’t get. I do a lot of this alone.”

Alone, however, doesn’t mean no support.  She says her mom, Betty, stepdad Aubrey, and her uncle Jack are her cheerleaders. “My family has taught me the difference between co-signing a dream and supporting a dream,” she said.

She also likes to keep it all in perspective. Not landing an academic job was hard, but she didn’t fall apart. “It didn’t paralyze me,” she said. “It was a failure, but not the end of the world. And I entered a new world that I probably should have entered 10 years ago. WISER is my biggest achievement. Even if I never do anything with it, even if the reports we publish gain no attention, it’s still my biggest achievement. It’s still me stepping out.”

What’s on your nightstand? Technology: a laptop, iPad, tablet, phone.

What's your greatest fear?  That I might not be dreaming big enough.

Which words or phrases do you most overuse?   You are not the boss of me!

What fictional figure do you most identify with?  Miss Piggy. She’s a portly woman with confidence.

What trait do you more deplore in other people? Insincerity. People who are inconsistent, and people who lie. Also, complainers with no skin in the game.

What trait do you most admire in other people? I admire folks who don’t tear others down. There’s lots of people reminding you of all the things you’re not.

Which job would you like to have if you weren’t an economist: A life coach.

What is your airport vice? Hot dogs or nachos

What is your greatest extravagance?  My niece and my nephews. They suck up a lot of my money.

What do you consider your greatest achievement?  WISER and ignoring the chatter. People still send me job announcements.

What’s the hardest thing you’ve ever done?   Being true to me. I don’t walk in spaces and conform. This is me all the time. That’s hard.