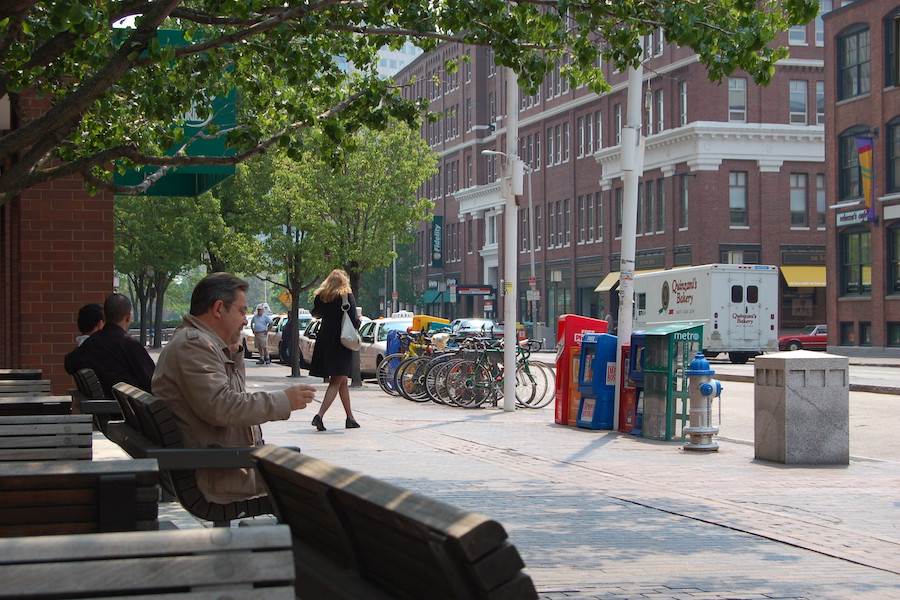 Kendall Square, near MIT, was at the center of revitalization and soaring rents in Cambridge’s neighborhoods.

Tenants across the US are winning battles in state capitals for rent control. New York and Oregon have passed bills that put strict limits on how much landlords can raise rents on millions of homes.

These policies will bring financial relief to current residents, but they could also bring many other changes to communities if history in Cambridge, Massachusetts is any guide.

Unwinding rent controls there helped make neighborhoods safer back in the ‘90s, according to a paper in the 2019 issue of AEA Papers and Proceedings.

Rent controls covered about a third of Cambridge homes in the mid-1990s. But the share varied from neighborhood to neighborhood, sometimes exceeding 60 percent.

This all changed in 1995 when the state government completely eliminated rent controls over the objections of local residents.

Figure 1 from their paper plots the effects on overall crime in each year from 1992 to 2005. 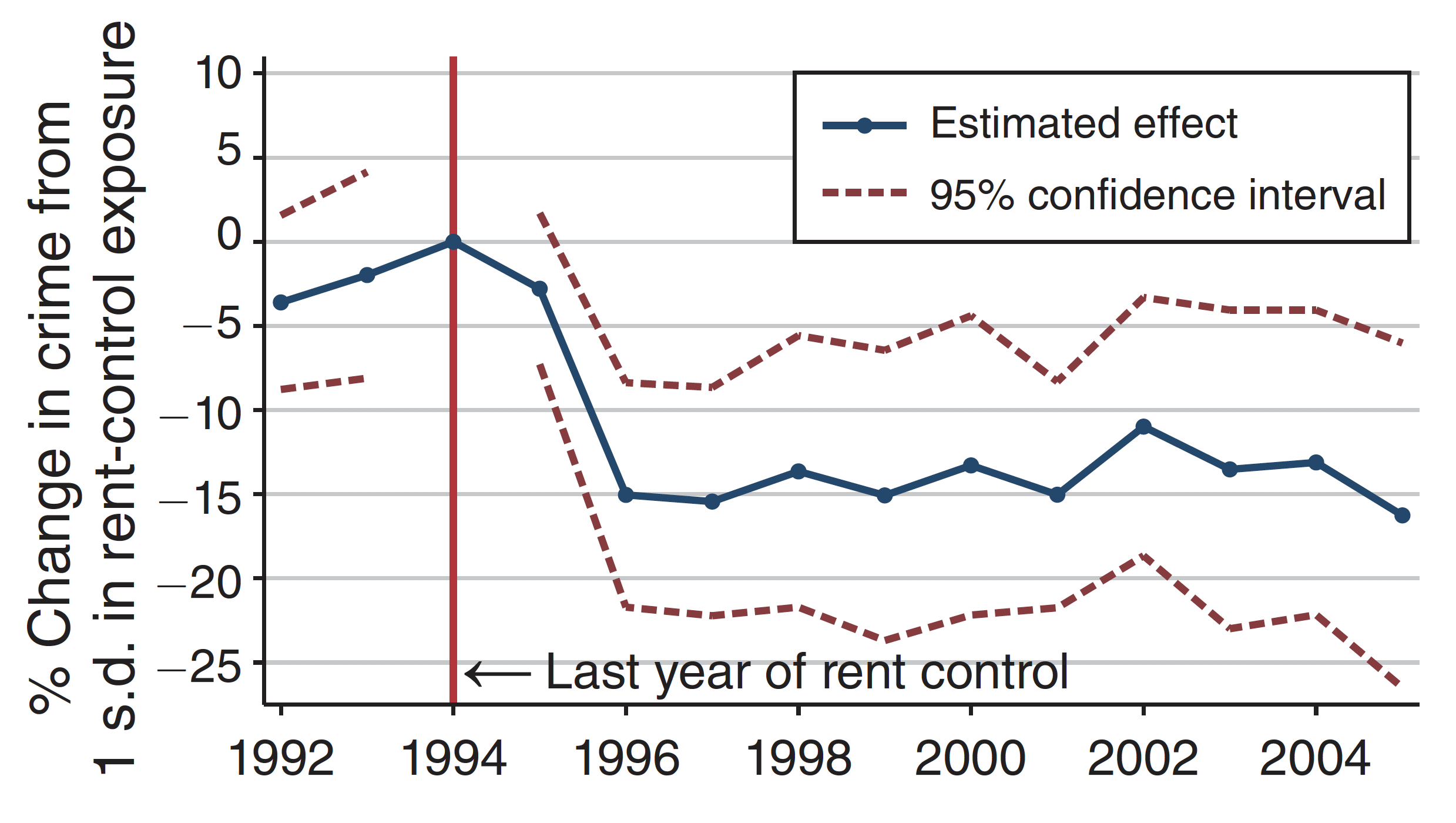 The red vertical line marks 1994, the last year of rent controls. The blue line represents the percentage reduction in crime from a neighborhood having a one standard deviation higher RCI in 1994. (The dashed red lines show the 95 percent confidence interval for each year.)

What’s more, the authors didn’t find any evidence that crime had migrated to nearby areas.

Restoring rent controls now or in other cities won’t necessarily lead to a rise in crime. The situation could be different this time around. But the authors’ research indicates that rent regulations can reshape neighborhoods in complicated and unpredictable ways.