Why are interest rates so low? 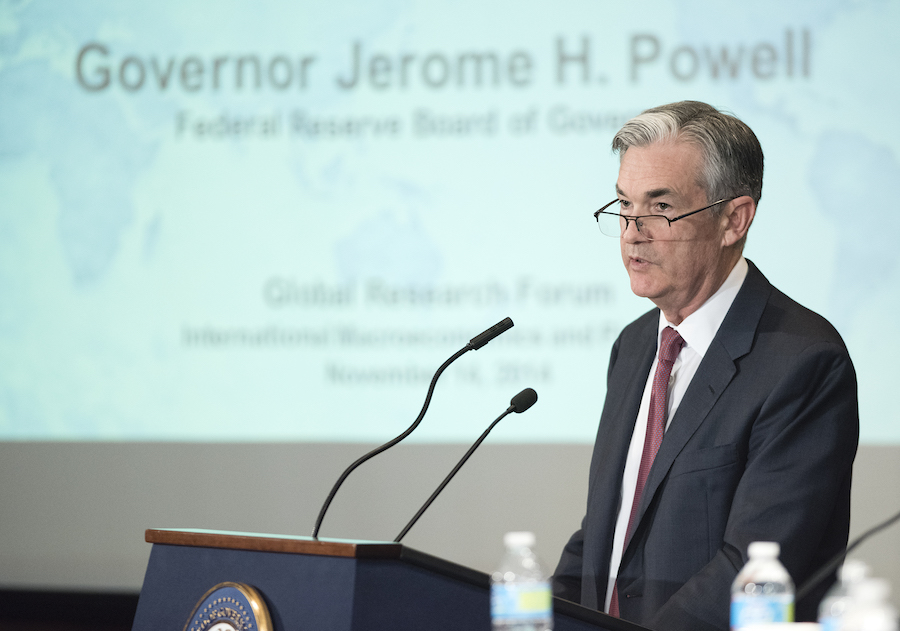 New homeowners today can get a 30-year mortgage at a fixed rate of less than 5 percent. Forty years ago, they would have been lucky to get one under 10 percent.

It’s not just mortgage rates that have been on a steady decline since the 1970s. Real interest rates across the board are at historic lows in the US. But economists still don’t have a firm grasp as to why.

A paper in the October issue of the American Economic Journal: Macroeconomics explores a few of the reasons that researchers and finance professionals have proposed.

Authors Kurt Lunsford and Kenneth West studied the long-run correlation between safe real interest rates and over 30 variables for the past 120 years.

They found mixed evidence that variables like economic growth and inequality were drivers. However, Figure 3 from their paper shows that demographic factors were closely tied to low interest rates. 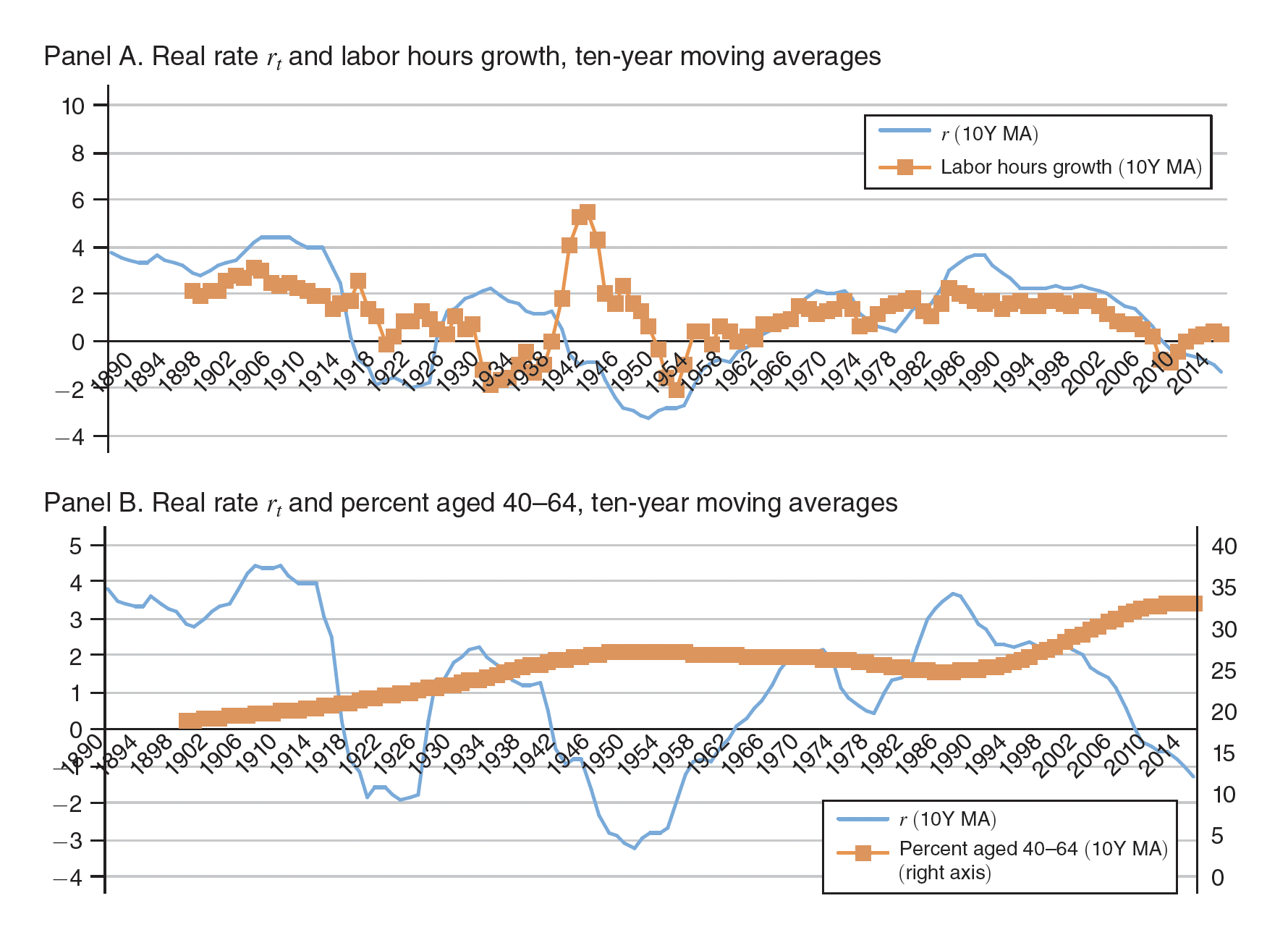 The blue line in both panels is the safe real interest rate—a combination of mostly call money rates, Treasury notes, and T-bills—in the US (left axis). In Panel A, the orange line represents the growth in total hours worked in private US businesses. And in Panel B, the orange line shows the percent of the US population between the ages of 40 and 64 (right axis). (For all three series, each year is averaged with the previous 9 years, the so-called moving average.)

The chart shows that safe real rates have come down from a high of 4.5 percent in 1910 to around -1 percent today. At the same time, the growth in hours has closely followed interest rate movements, with a correlation of 0.31. And, as interest rates have declined, the late-middle-aged share of the population has steadily increased, from 20 percent to over 30 percent.

The data are consistent with explanations that emphasize households building up savings for retirement as they age, which drives down interest rates.

The authors’ findings suggest that research should shift from focusing on economic growth to demographic factors when trying to understand changes in long-run interest rates.

Some Evidence on Secular Drivers of US Safe Real Rates

We study long-run correlations between safe real interest rates in the United States and over 30 variables that have been hypothesized to influence re...