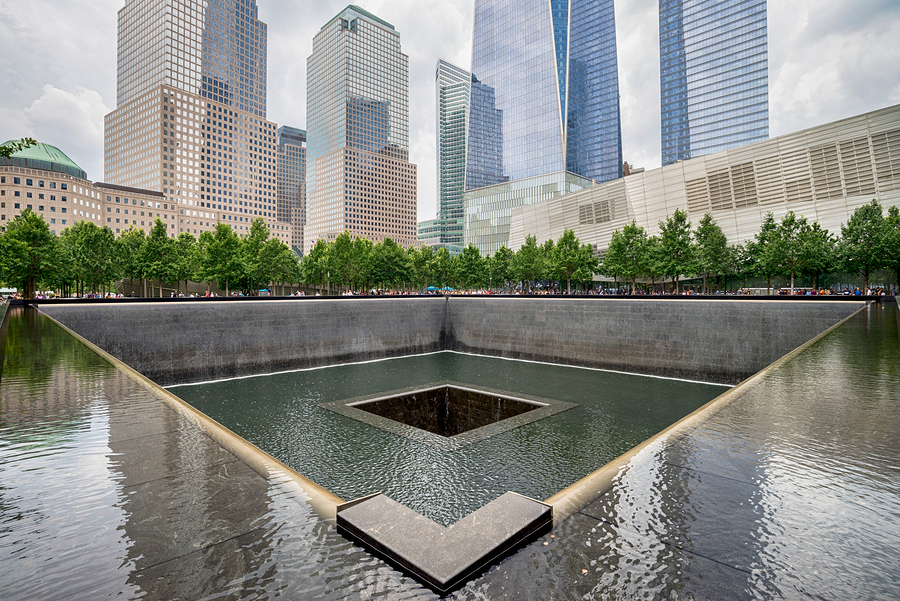 It’s been 18 years since the most devastating foreign attack on American soil. There are questions that arose from the events in New York, Washington, DC., and Pennsylvania that are still being considered today.

In the June issue of the Journal of Economic Literature, Khusrav Gaibulloev and Todd Sandler pull together empirical studies from political science as well as economics to offer their analysis on the lessons we’ve learned about terriorism since 9/11.

Among the findings in their wide-ranging analysis is that US counter-terrorism measures taken since then seem to have been working. 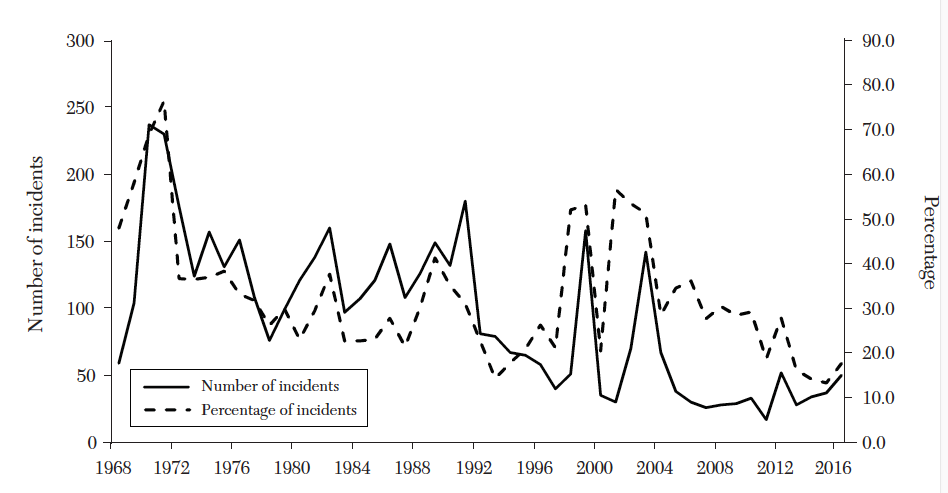 The figure above shows the number and share of transnational attacks against US interests since the late 1960s. Crucially, most of these attacks were on people or US-owned property abroad, since foreign attacks on US soil are relatively rare. Since 2003, attacks on US interests have gone way down, both in number of incidents and as a share of transnational terrorism worldwide. From 1968 to 2001, 32 percent of all transnational terrorist attacks were against US interests. Since then, that has dropped to 27.2 percent, with the share between 2013 and 2016 down to 15.3 percent.

This is not to say that the US should be less concerned about terrorism, generally. Attacks against foreign interests are relatively rare. Domestic terrorism is far more prevalent, both in number of incidents and in casualties.

What We Have Learned about Terrorism since 9/11

This overview examines critically the post-9/11 empirical literature on terrorism. Major contributions by both economists and political scientists are...