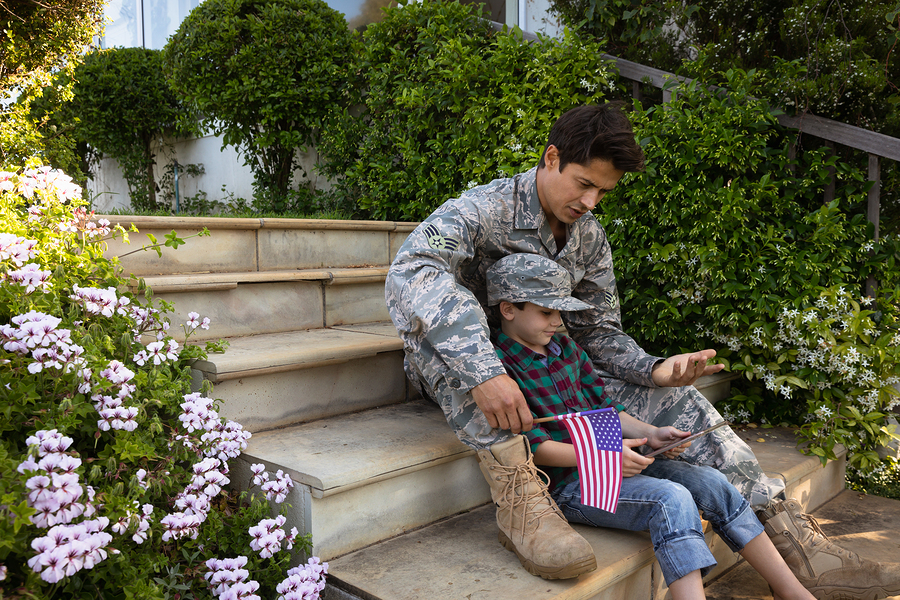 A US soldier talking to his son.

The breadth of damage caused by the Vietnam War is difficult to fathom. Over forty thousand US soldiers were killed in action, according to the National Archives. Many more were permanently wounded, physically and psychologically.

Even the long-term career fortunes of veterans’ children have suffered from America’s second longest war, according to a paper in the American Economic Journal: Applied Economics.

Authors Sarena Goodman and Adam Isen found that the sons of drafted men had lower earnings, were less likely to have a job, and more likely to enlist in the military.

The researchers used the Vietnam draft lottery and federal income tax records to make their estimates. Figure 1 from their paper shows the impact to a son's earnings and military service by age from a father being randomly called for service by the draft.

The black line in Panel A demonstrates that as sons entered the workforce their incomes fell behind their peers whose fathers weren’t called by the draft lottery. By the time they were 31 years old, their annual income was $266 lower on average. (The gray lines are 95 percent confidence intervals.)

Similarly, Panel B shows that when sons reached a working age they were more likely to join the service. By the age of 20, they were 0.15 percentage points more likely to enlist, and that estimate remains roughly constant across ages.

Overall, the authors calculate that second-generation males saw a 6 percent reduction in earnings due to a father’s eligibility for military draft service.

The researchers conclusions have a direct impact on how to think about the costs of war, but they also show that parents pass on their experiences to their children in subtle ways. Evaluations of any new, large-scale policies should consider these generational knock-on effects.