The globalization of American universities 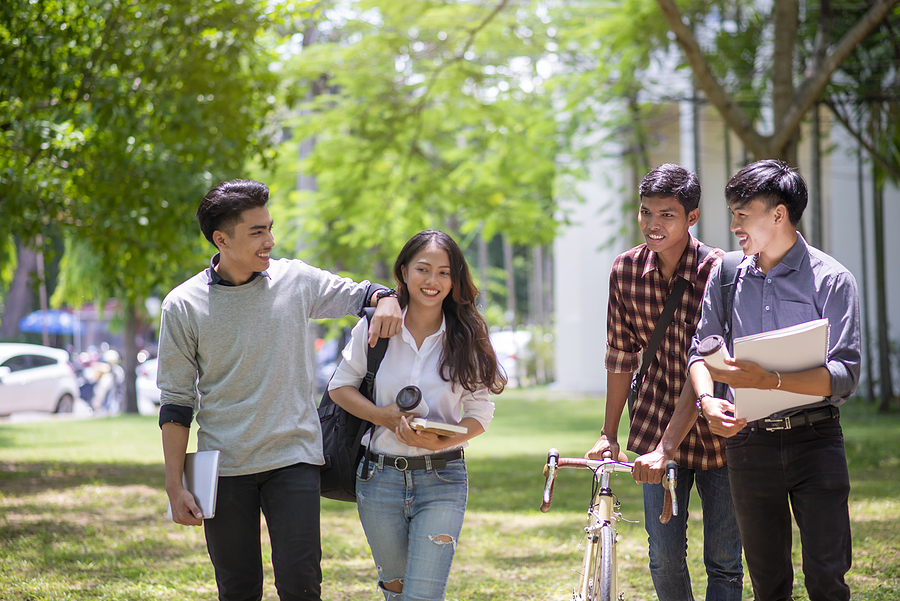 Total foreign enrollment increased from 305,000 in 1980 to over a million in 2017. This trend has reshaped the flow of talent into the country and the financing of higher education.

In the Winter 2021 issue of the Journal of Economic Perspectives, authors John Bound, Breno Braga, Gaurav Khanna, and Sarah Turner examine the globalization of higher education and the factors driving it.

Their paper points to a number of explanations, including that foreign students are seeking employment opportunities in the United States. And that explanation—that students want to work here—largely depends on their economic opportunities back home. 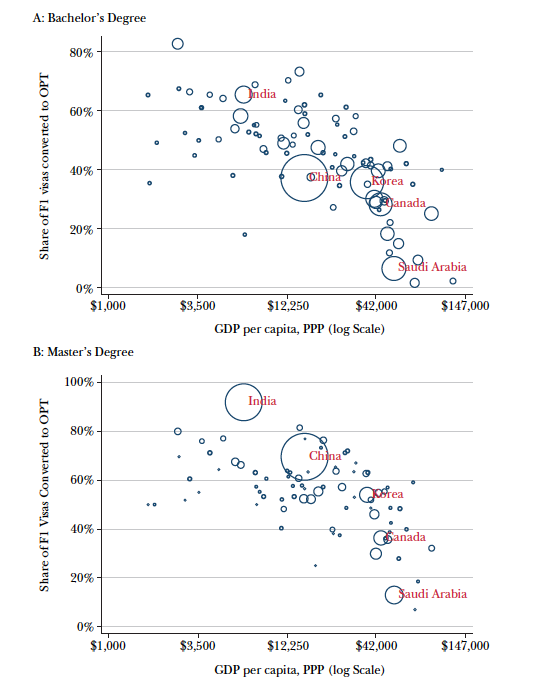 For foreign students, Optional Practical Training (OPT) provides a visa extension and a pathway to employment without the immediate need for H-1B visas, which are in short supply.  The figure above shows the relationship between the sending country’s GDP and the share of foreign bachelor’s and master’s F-1 visa students who stayed in the United States with OPT in 2015.

The overall patterns are the same for both degrees. The higher the GDP of the sending country, the less likely it is that a student will stay. For example, the authors point out that about 65 percent of all bachelor’s degree graduates from India switched to OPT, while only 28 percent of Canadian graduates did so. (The size of the bubbles corresponds to the number of foreign graduates from each country.)

Of course, schools benefit too. In 2019, foreign students poured nearly $44 billion into the US education system, with an increasing share of those students pursuing advanced degrees. But the authors go on to note that America’s dominance is waning amid the COVID-19 pandemic, political tensions with sending countries, and the rise of international universities as global players in this market, among other factors.

The Globalization of Postsecondary Education: The Role of International Students in the US Higher Education System

In the four decades since 1980, US colleges and universities have seen the number of students from abroad quadruple. This rise in enrollment and degre...