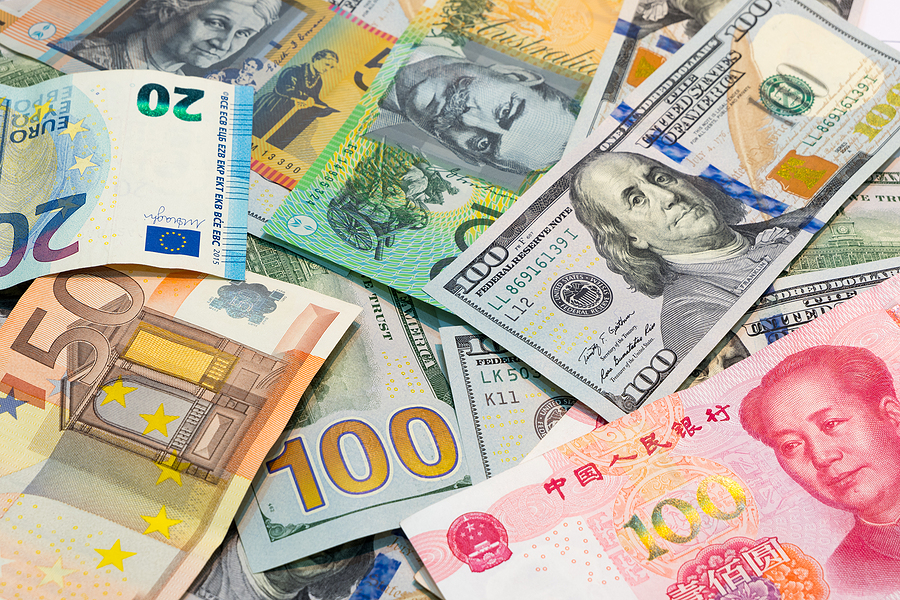 Big credit booms often end in big busts, and the nosedive can be especially severe if the debt that was built up during the boom times is denominated in a foreign currency.

Imagine that a Hungarian company borrows money from a Swiss bank. Then, for some unexpected reason, the Hungarian forint depreciates in value relative to the Swiss franc, leading to a revaluation of the debt. On top of everything else depressing the economy, the Hungarian firm suddenly has a steeper debt burden to pay, making matters worse.

This can happen to households too. Indeed, the impact of revaluations of foreign currency debt can be especially severe for individual borrowers, according to a paper in the September issue of the American Economic Review.

Authors Emil Verner and Gyȍzȍ Gyöngyösi examined what happened in Hungary around the financial crisis, when there was a sharp depreciation of the Hungarian forint in late 2008. At the time, 69 percent of household debt was denominated in foreign currency, and the authors said that revaluation of debt burdens caused higher default rates and a collapse in spending, deepening the local recession. 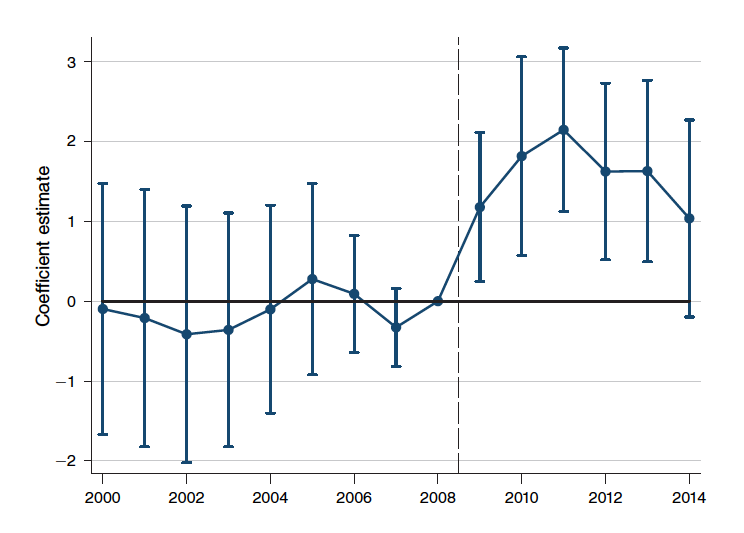 The figure above shows the impact on unemployment from household foreign currency debt exposure. (Error bars represent 95 percent confidence intervals.) Before the financial collapse, there wasn’t much of a relationship. Unemployment seemed little affected by households taking on more foreign debt. But after the depreciation in late 2008, the impact on joblessness rose to 2.3 percentage points in 2011, and unemployment remained persistently higher in more exposed regions for years. By 2014, unemployment in exposed regions had still not returned to precrisis levels.

The research offers a broader picture of how foreign currency debt exposure affects the economy, posing risks not only to employers but also individual households.

We examine the consequences of a sudden increase in household debt burdens by exploiting variation in exposure to household foreign currency debt duri...