A generational shift in fertility

Why are birth rates in the United States dropping? 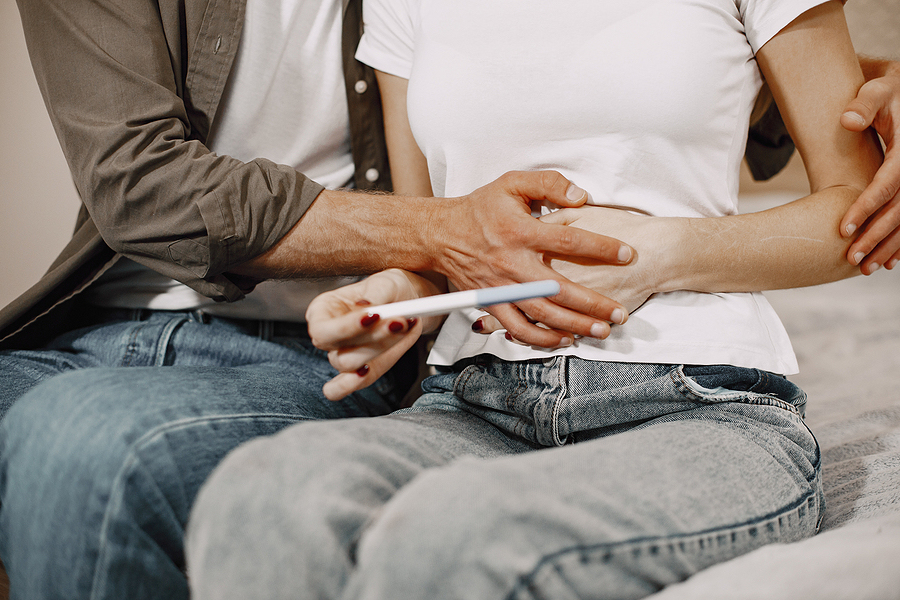 Researchers have yet to pin down the cause of this drop in fertility, but in a paper in the Journal of Economic Perspectives, authors Melissa S. Kearney, Phillip B. Levine, and Luke Pardue rule out explanations like changing demographics and the cost of child-rearing. They suggest that the root cause might be found in the unique experiences of women from different generations.

Figure 5 from their paper illustrates how fertility patterns changed among women born between 1968 and 1997. 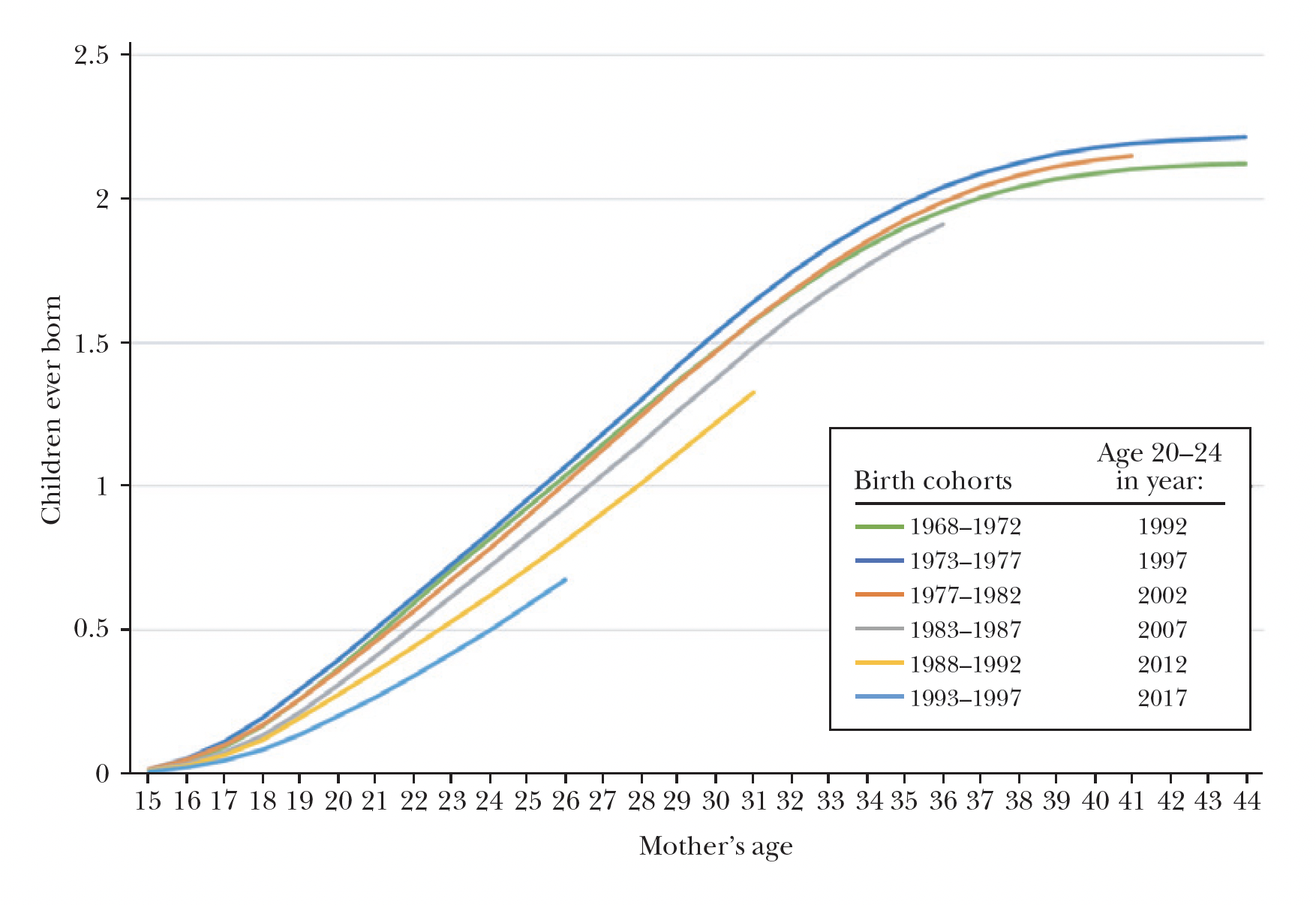 The chart tracks the average number of children ever born by specific ages to women in five-year birth intervals. Women who entered their young adult years in 1992, 1997, and 2002 all had similar childbearing age profiles. In all three cohorts, women had one child on average by age 25, and two by roughly age 35.

But a marked shift downward started with the cohort of women who entered young adulthood in 2007. And the next two cohorts of women, born between 1988 and 1997, have so far had even fewer children during their prime childbearing years.

This divergence across cohorts explains the sizable decrease in annual birth rates that began in 2007, and it shows that more recent generations of women are having fewer children over their lifetimes, not just delaying childbearing to older ages. But why this pattern has emerged remains a puzzle.

The authors suggest that younger generations, observing the trade-offs made by their own mothers, may have developed a different set of priorities, with less emphasis on parenting and more on career aspirations or individual autonomy.

“The Puzzle of Falling US Birth Rates since the Great Recession” appears in the Winter 2022 issue of the Journal of Economic Perspectives.