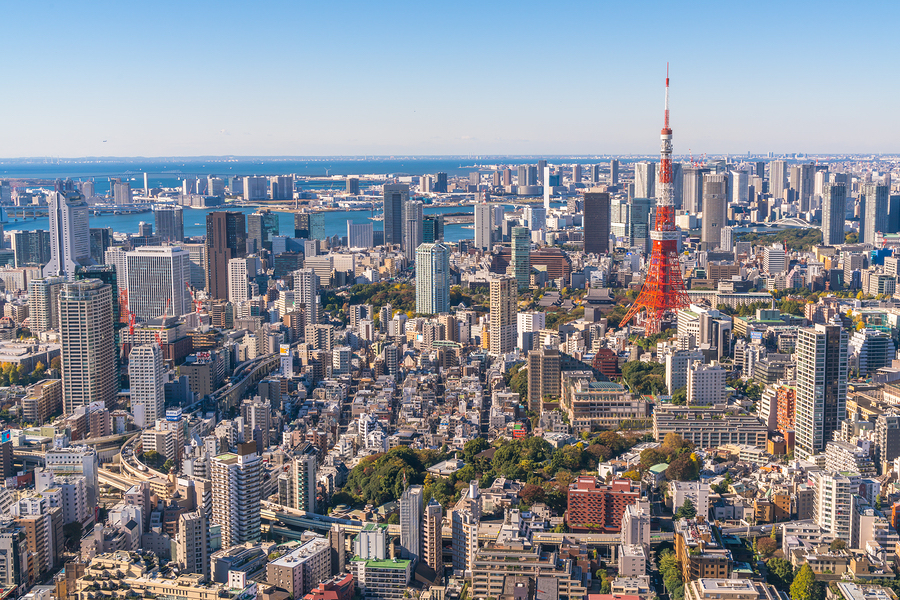 Japan grew immensely after World War II. How did it accomplish such growth without as much foreign capital as some Latin American countries?

East Asian countries — such as Japan, South Korea, and Singapore — grew faster than anywhere else on the planet after World War II.

“When I was in graduate school, Argentina had a big debt crisis,” Wright said in an interview with the AEA. “So I started thinking a lot about why people lent to Argentina for so long.”

The key to the puzzle is understanding East Asia’s labor markets, argues Wright and co-authors Lee Ohanian and Paulina Restrepo-Echavarria in a paper published in the December issue of the American Economic Review.

After World War II, policymakers hoped that capital would flow around the world. Investors would find the most productive places and spur development.

Economists believed that East Asian countries had large opportunities for investment, but had little capital to undertake those investments.

Ideally, foreign investors would lend money, buy local companies, and develop industry there. They would reap some of the returns, while workers’ wages increased from the newly purchased equipment and technology.

Post-World War II capital flows
International investors put more money in Latin America than East Asia for much of the second half of the 20th century, even though East Asia grew much faster. Why investors favored Latin America and how East Asia managed such spectacular growth may have to do with both regions' labor markets. 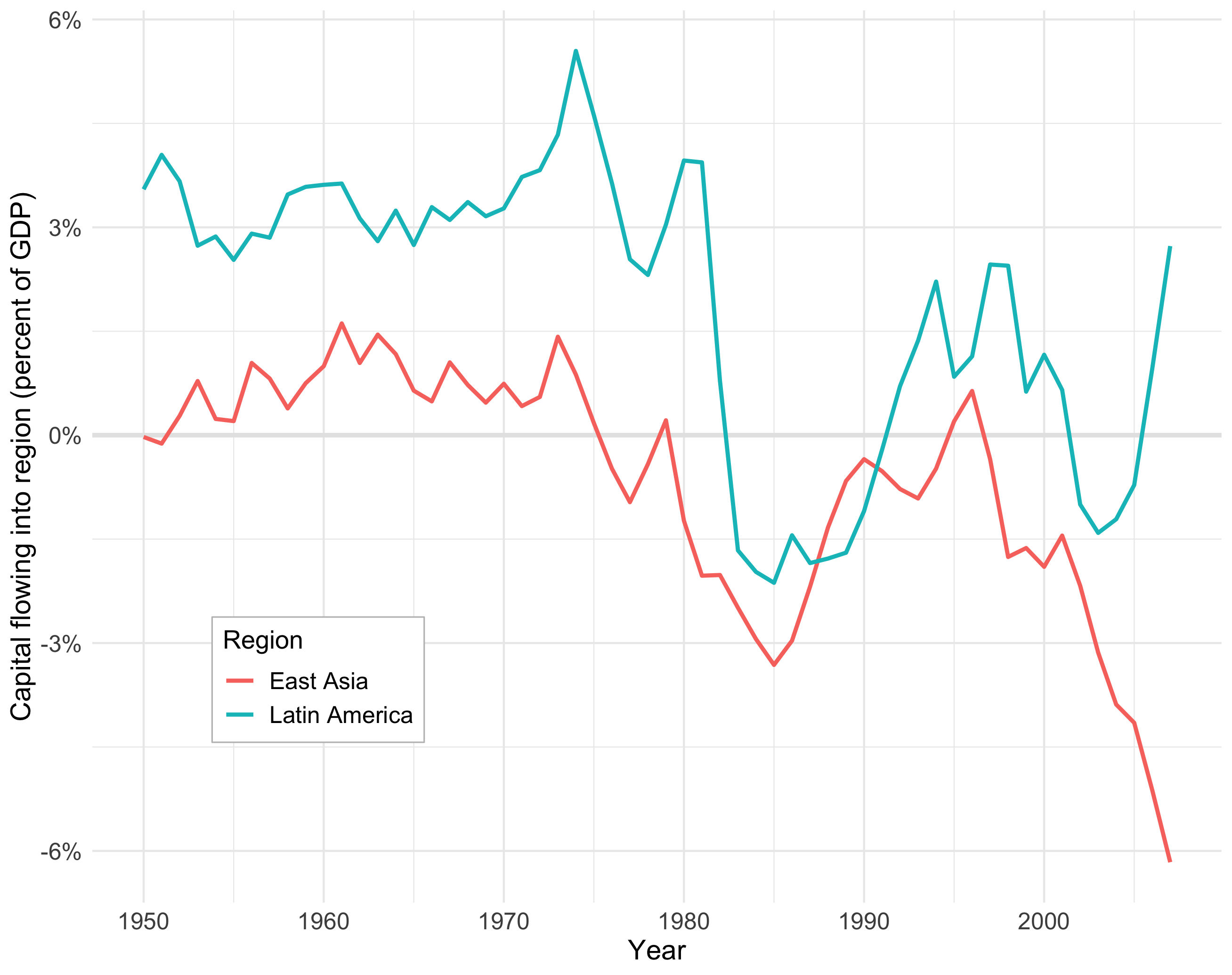 Investors flock to places with the highest returns. So most economists suspected something was amiss with East Asian capital markets. They pointed to capital controls under Bretton Woods and financial repression in Japan and Taiwan, which depressed returns.

The authors do show that the tax and regulatory burden on capital in Asia was roughly four times larger than in Latin America, but they still felt that capital distortions didn’t explain enough of the story.

While previous explanations were consistent with the data, they didn’t explain why countries in East Asia could grow so quickly without as much money for development.

The authors decided that the many other economic changes occuring in East Asia and Latin America needed to be included.

Throughout the ‘50s, the US pushed for large land and labor reforms in East Asian countries. Japan, in particular, reformed its monopolistic industries and encouraged workers to move off farms and into factories.

The authors show that East Asian reforms increased hours worked, and so the economy grew. But it didn’t need as much foreign capital to grow, at least until its labor supply increased enough. No such changes occured in Latin America, and so it didn’t grow nearly as much.

The takeaway, according to Wright, is to remember that capital returns are closely linked to labor supply.

If you have a messed up set of domestic policies that make your labor market function poorly, openness to capital flows is not going to help you.

“If you have all this capital lying around and not many workers to use it, you're just not going to get much [return] out of it,” Wright said.

International capital flows still shape the global economy. During the 2008 financial crisis, money from places like China and Germany amplified financial swings around the world.

As a result, many policymakers are re-weighing the benefits of remaining open. Some argue that East Asia grew without being as open and Latin America never got the purported benefits.

But Wright and his co-authors show that capital markets worked largely as expected. The benefits of access to capital can help a country grow, and the costs can expose it to financial swings.

International capital just shouldn’t be thought of as a cure-all.

“If you have a messed up set of domestic policies that make your labor market function poorly, openness to capital flows is not going to help you,” Wright said.

"Bad Investments and Missed Opportunities? Postwar Capital Flows to Asia and Latin America" appears in the December issue of the American Economic Review.