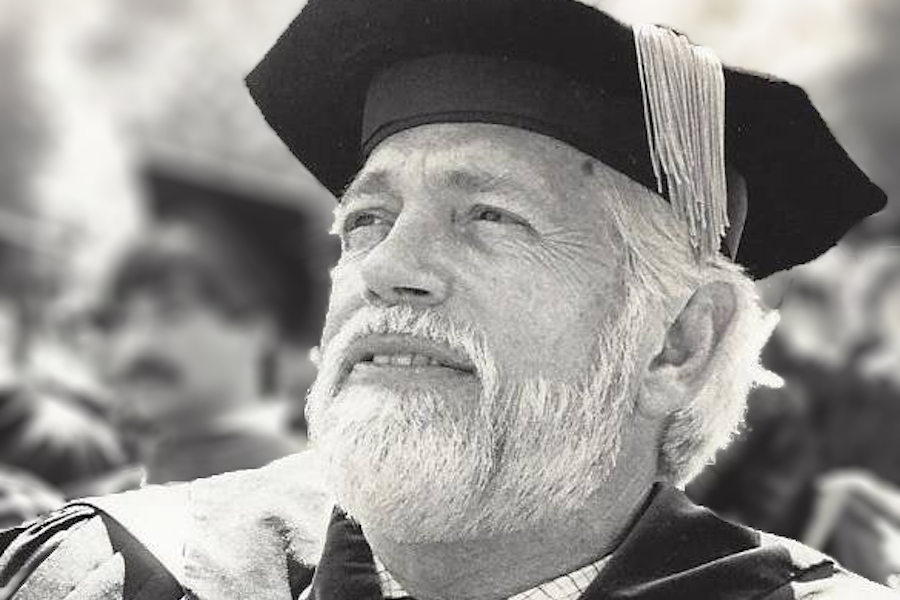 Elton Hinshaw was a longtime professor of economics at Vanderbilt University and former Secretary-Treasurer of the AEA.

Elton Hinshaw was born in Texarkana, Arkansas on August 2, 1936 and died in Nashville, Tennessee on February 24, 2019. Elton and his brother were the first in their family to graduate from high school. Elton was an excellent high school athlete in baseball and basketball, but eventually gave up sports for academics when, as he recalled it, Elton’s high school basketball team lost a state tournament game to North Little Rock. Elton was a senior, but he was outplayed by a sophomore guard named Brooks Robinson (later a third baseman for the Baltimore Orioles, and now in the MLB Hall of Fame). At that point Elton concluded that professional sports were not his future, but he continued to be active in intramural softball, sailing and tennis. He played golf until six months before he died, and several times in recent years shot a score equal to or less than his age, achieving a goal to which many golfers aspire, but few attain.

After high school, Elton and his girlfriend from Texarkana, Jane, set off to college in Waco, Texas, graduated from Baylor University, and soon were married. They then moved to Nashville where Elton enrolled in Vanderbilt’s Ph.D. program in economics. Upon earning his doctorate, Elton taught for a few years at Louisiana College before joining the Vanderbilt faculty in 1966, where he remained until his retirement in 2001.

Elton’s most significant research contribution was Forecasting and Recognizing Business Cycle Turning Points, a 1968 NBER monograph co-authored with Rendigs Fels. In 1974 Fels and Hinshaw published a note about business cycle turning points in the AER. Following Turning Points, Elton published articles about inflation in Brazil, prepaid tuition plans for financing college, a federal law forbidding NFL teams from refusing to broadcast locally games that are sold out, a California law requiring art owners to pay a royalty to the original artist each time a work of art is resold for a capital gain, a history of the AEA’s involvement in promoting quality teaching, and an analysis of who participates in the AEA’s annual convention program.

Elton’s signature contribution to higher education has been his dedicated service to higher education and the economics profession, starting with four years (1970-74) he served as associate dean of the College of Arts & Science at Vanderbilt, responsible for college finances. He was an invaluable adviser to many of his junior colleagues as well as his students. Elton’s patience and good humor were legendary. He was the epitome of calm no matter the circumstances, and was deft in helping others work through problems by quietly asking them questions until they eventually solved the problem themselves.

In 1976, Elton was appointed Secretary of the AEA, and served on the Association’s Executive Committee through 1999. In 1988 he added the responsibilities of Association Treasurer to his portfolio, and continued in that role until January 2000, when he retired from the Association. He served as Secretary until 1997, overseeing the Association’s publications, organizing the annual ASSA conference for about 10,000 economists, initiating Job Openings for Economists, and shepherding The Journal of Economic Perspectives into publication in the late 1980s.

For the last 25 years Elton and three colleagues made semi-annual three-day golf trips to many of the top golf courses in Tennessee, Kentucky, Alabama, and Georgia.   The last of those trips was in the summer of 2018. There is now an empty seat in the car. He will be sorely missed.