What If We Just Gave Poor People a Basic Income for Life? 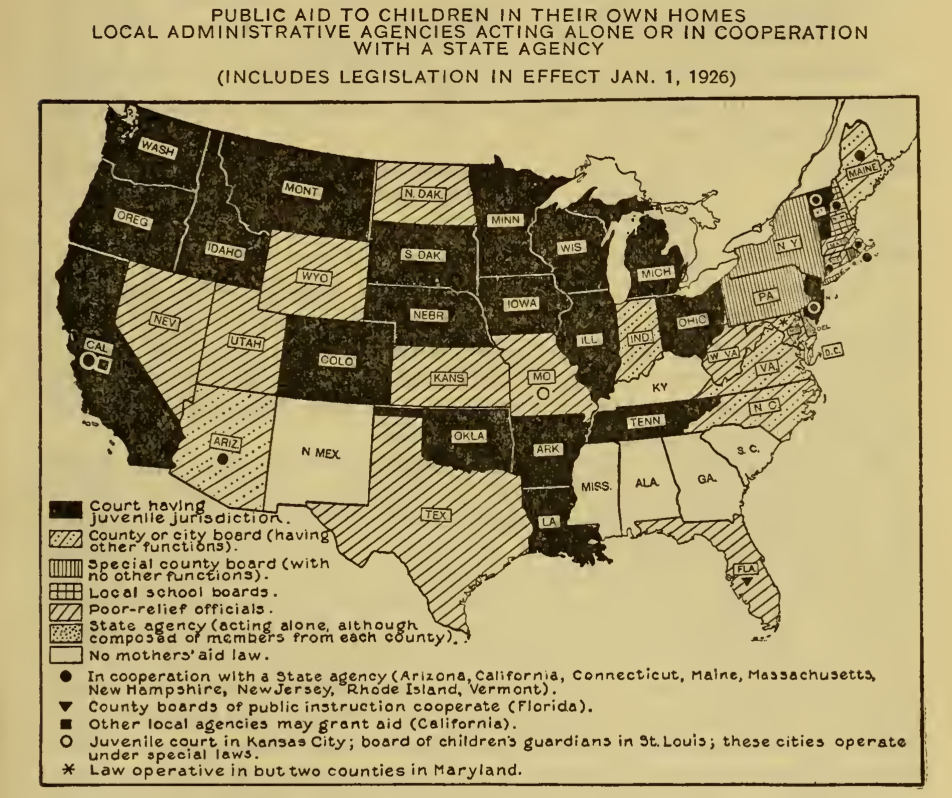 Map from a 1926 Children's Bureau report.

An article in Slate by the co-founders of Give Directly cited a study from this month’s issue of the American Economic Review. In The Long-Run Impact of Cash Transfers to Poor Families, the authors study the effects of the Mothers’ Pension welfare program active in several U.S. states between 1911 and 1935. Using several decades’ worth of census and death records, they find that the male children of mothers who were accepted into the program ended up living a full year longer and obtaining a third of a year more schooling on average than male children of mothers who were rejected.

The Long-Run Impact of Cash Transfers to Poor Families

We estimate the long-run impact of cash transfers to poor families on children's longevity, educational attainment, nutritional status, and income i...