Slate of Candidates for the 2018 AEA Election Announced 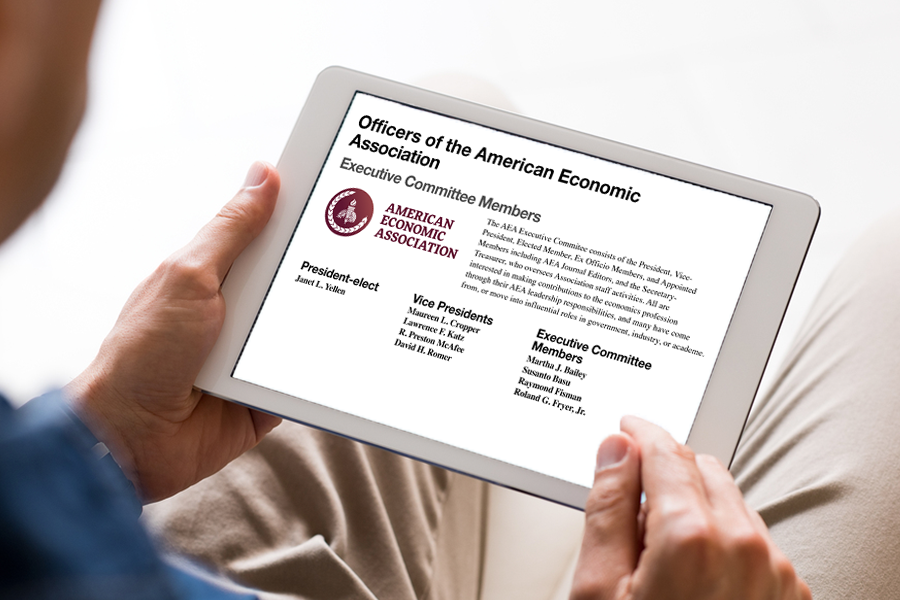 The Nominating Committee, consisting of Richard Thaler (Chair), Katharine Abraham, Marianne Bertrand, Rachel Kranton, Alan Krueger, Paul Milgrom, Thomas Philippon, and Valerie Ramey submitted its nominations for Vice-Presidents and members of the Executive Committee. The Electoral College, consisting of the Nominating Committee and Executive Committee voting members together, selected the nominee for President-elect. The 2018 slate of candidates for 2019 Officers is:


Candidate information will be posted on the website in July.