Balloting for the AEA election opens on August 2, 2021.  AEA members will receive an electronic invitation to vote in the AEA's annual election of officers for 2022. This e-mail communication will be sent on behalf of the AEA by Intelliscan, Inc., an independent election services provider with which the AEA has contracted. Please add aea@intelliscaninc.net to your safe senders list. Watch for this invitation and please take a moment to cast your vote. Casting your vote or choosing to opt out electronically will prevent further ballot reminders.

Thank you for your participation in this election. 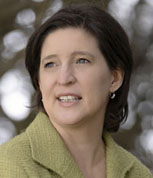 Statement of Purpose: The AEA plays a crucial role in supporting the economics profession’s contributions to research and teaching. It creates community, scholarly interactions, and mentoring opportunities, and it provides education, information and institutions for the profession to accomplish its goals. As President, I would focus on the aspects of the Association most affected by recent changes in the environment in which we operate. Recent surveys of the membership have highlighted areas with potential for improvement, particularly around the professional climate as well as a variety of forms of inclusion. At the same time, communication and dissemination of research have been affected by digitization, and the last two years have seen substantial innovation in creating interactions at a distance. The AEA can consider innovation in the areas of opportunities for interaction, dissemination of research, mentoring, education, inclusivity, and the development of the pipeline of talent for the profession. 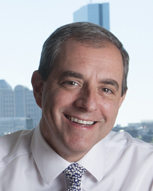 Statement of Purpose: I am honored to be nominated for this leadership position. Having served on the AEA Executive Committee and as Editor in Chief of the Journal of Economic Perspectives, I know the organization well and am confident that I can be effective immediately. Never having been burdened by genius personally, I recognize that the latent supply of diverse talent to Economics is abundant but that the opportunities for discovering and cultivating that talent are highly and inefficiently constrained. Given the opportunity, I will advocate strongly for the AEA to grow our discipline by cultivating young economists through non-traditional channels—outside of top colleges and feeder post-docs—as Banerjee, Duflo, and Olken have done through the blended online and residential MIT master’s degree in Data, Economics, and Development Policy. Changing who does economics will change what economics does. I welcome that change. 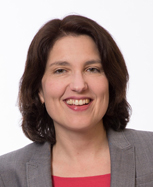 Statement of Purpose: The AEA has made recent efforts towards improving our profession, including broadening the journal portfolio, measuring professional climate, and establishing a code of conduct. However, the Association’s activities still do not fully reflect the interests and concerns of the Association’s broad membership. The AEA can provide more opportunities for a larger share of the profession. This can be done by expanding the research journals, creating outlets for communicating innovations in teaching and policy analysis, using technology to engage the membership and provide continuing education, and finding ways to remove obstacles to enforcing the AEA code of conduct. As outgoing Chair of CSWEP, I am proud of the work we have done, creating webinars to discuss issues facing our diverse profession and providing professional development opportunities for economists inside and outside of academia. I would welcome the opportunity to continue and expand these initiatives as a Vice President of the AEA. 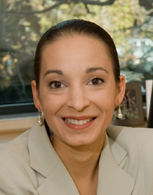 Statement of Purpose: Of all of the activities I have done, my favorite has been leading the NBER's Economics of Education program. First, I greatly enjoy mentoring young economists, helping them make intellectual connections, and ensuring a community that works together. Second, economics is an incredibly powerful tool for the study of education and related issues in public and labor economics. It is rewarding to see its expanding use on matters so fundamental to people's welfare. Third, I have tried to make the Program welcoming and collegial, including to many people who are not members of the NBER. I have built a uniquely diverse program in terms of race, ethnicity, and gender. I believe that our profession will be strengthened if it feels like a welcoming and supportive environment for people of all backgrounds. I would welcome opportunities to enhance the AEA's mentorship programs, recognition programs, publications, and policies.

Other Affiliations and Honors: Director of the NBER Economics of Education Program, 2001-; Member of the American Academy of Arts and Sciences, 2020-; Corresponding Fellow of the British Academy, 2020-; Tanner Lecturer on Human Values, University of California at Berkeley, 2020 (rescheduled owing to COVID-19); Alfred Marshall Lecturer, University of Cambridge, 2018; Fellow of The Society of Labor Economists, 2016-; John and Lydia Pearce Mitchell University Fellow in Undergraduate Education, 2014-; The Smithsonian Institution Ingenuity Award, 2013; Clarendon Lecturer in Economics, University of Oxford, 2010; Thomas B. Fordham Prize for Distinguished Scholarship in Education, 2006. 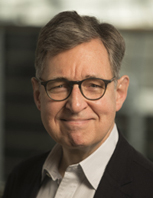 Statement of Purpose: Economics has much to contribute to the better understanding of social issues and the formulation of more effective public policies, but the role of economists in public debate and our claims to expertise are increasingly challenged. The AEA has an important role in shaping both the development and dissemination of economic knowledge and the perception of the economics profession in the broader society. For the sake of both of these goals, it is important that the field attract members from as diverse a range of backgrounds as possible, and that it be willing to engage with many perspectives with regard to economic policies and research methodologies, rather than pre-judging who can have good ideas or what good ideas must look like. As AEA VP, I will strive to make clearer the Association’s commitment to open debate and allowing diverse voices to be heard. 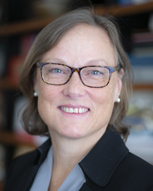 Statement of Purpose: Our discipline is fascinating, powerful, effective. But we can do better. The quality and scope of economic knowledge and policymaking are constrained by conditions in the profession, specifically by inattention to who we are and how we function. In my research and professional activity, I work to produce evidence, awareness, and structural changes to help our field embrace new ideas, new people, and new ways of interacting. I have been heavily involved in establishing new AEA committees, practices, and resources. As a member of the Executive Committee, I would help the AEA continue to invest in economics by using its policies, budget, journals, and influence to break down elitism, inequities, and harassment and to build up collaboration, innovation, and education. I aim to use my unique experience and expertise to create opportunities for others and to construct a better profession, discipline, and economy.

Publications: “Diversity in the Economics Profession: A New Attack on an Old Problem,” (with Rouse), JEP, 2016; Diversifying Economic Quality (Div.E.Q.), 2011; AEA Professional Climate Survey: Final Report, (with Allgood, Badgett, Bertrand, Black, Bloom, and Cook), AEA, 2019; Best Practices for Economists: Building a More Diverse, Inclusive, and Productive Profession, (with Kalemli-Özcan, Pande, Rouse, Smith Jr., Suárez Serrato, and Wilcox), AEA, 2019; “The Unequal Distribution of Economic Education: A Report on the Race, Ethnicity, and Gender of Economics Majors at U.S. Colleges and Universities,” (with Wilcox), Journal of Economic Education, 2019; “Expanding and Diversifying the Pool of Undergraduates who Study Economics: Insights from a New Introductory Course at Harvard,” (with Bruich, Chetty, and Housiaux), Journal of Economic Education, 2020; “Diagnosing the Learning Environment for Diverse Students in Introductory Economics: An Analysis of Relevance, Belonging, and Growth Mindsets,” (with Bhanot, Bronchetti, and O’Connell), AEA Papers and Proceedings, 2020; “Does Simple Information Provision Lead to More Diverse Classrooms? Evidence from a Field Experiment on Undergraduate Economics,” (with Bhanot and Lozano), AEA Papers and Proceedings, 2019; “The Economics Profession’s Unique Problem with Diversity,” The Minority Report, 2018; “How You Can Work to Increase the Presence and Improve the Experience of Black, Latinx and Native American People in the Economics Profession,” (with Hoover and Washington), JEP, 2020. 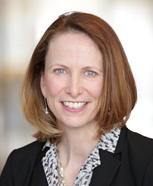 Statement of Purpose: I am honored to be nominated to serve on the AEA Executive Committee. Economics offers powerful tools for improving societal well-being, and the AEA has a crucial role to play supporting inclusive excellence in our profession. I have seen both the strengths and challenges facing our profession while working in various policy roles for the U.S. government, helping to lead a major think tank, interacting with private-sector economists, and now serving on a university faculty. The AEA should represent the interests of economists in all of these sectors and continue to build infrastructure for the exchange of knowledge and ideas between the research, teaching, and practice communities. Moreover, for the profession to have the greatest positive impact, we must ramp up our efforts to attract more talented women and members of minority groups who are underrepresented today and improve our professional climate so everyone feels respected and fully welcome.

Publications: “National Fiscal Policies to Fight Recessions in U.S. States,” (with Elmendorf), AEA Papers and Proceedings, 2020; “The Economic Context for Reforming the Safety Net,” The Annals of the American Academy of Political and Social Science, 2019; “The Evolution of Household Income Volatility,” (with Elmendorf and Sichel), The B.E. Journal of Economic Analysis & Policy: Advances, 2012; “Is a Household Debt Overhang Holding Back Consumption?” Brookings Papers on Economic Activity, 2012; “Changing Household Financial Opportunities and Economic Security,” JEP, 2009; “Do the Rich Save More?,” (with Skinner and Zeldes), Journal of Political Economy, 2004; “Unemployment Risk and Precautionary Wealth: Evidence from Households’ Balance Sheets,” (with Carroll and Krane), Review of Economics and Statistics, 2003; “Habit Formation in Consumer Preferences: Evidence from Panel Data,” AER, 2000; “The Underrepresentation of Women in Economics: A Study of Undergraduate Economics Students,” (with Rouse), Journal of Economic Education, 1997; “How Prudent Are Consumers?,” Journal of Political Economy, 1993. 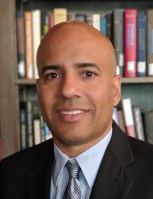 Statement of Purpose: Through many recent initiatives, the AEA has actively engaged in measures to improve the well-being of and inclusivity among its membership. Continuing these efforts and broadening representation among economists, at all degree levels and across all sectors, should be priorities that the Association pursues. As economics training provides a gateway to careers in many fields (e.g., finance, law, public service), assessing the profession’s role in opening doors to opportunities is vital. While many actors are ultimately involved – universities, firms, government agencies – the AEA can help distill best practices, encourage educational and workplace innovation, and set high expectations for what can be achieved both in the short-term and long-term. If elected, I would engage with the AEA to address these areas. 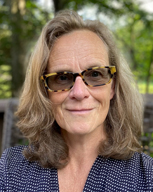 Statement of Purpose: The history and promise of our profession warrants responsibility and humility. We must work to not only support sound and externally-relevant research, but also to secure that our findings are implemented to improve societal well-being.  In doing so it is critical that we listen to and represent the world we serve. If elected, I will work to maximize the public impact of the profession’s research by strengthening collaboration and communication with organizations and stakeholders. I will also work to support, promote and recruit underrepresented groups to the profession by ensuring a more accurate and welcoming image of what it means to be an economist.