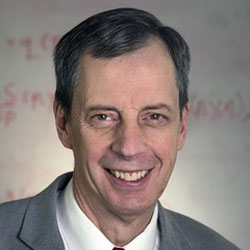 Whitney Newey is the Ford Professor of Economics at MIT. He is a fellow of the Econometric Society where he served on the council and the Executive Committee. He also has been coeditor of Econometrica.

Whitney Newey is one of the most influential econometricians of the last three decades, both in terms of his influence on empirical work and his influence among econometricians. His most cited paper, “A Simple, Positive Semi-definite, Heteroskedasticity and Autocorrelation Consistent Covariance Matrix,” coauthored with Ken West published in Econometrica in 1987 was the first to propose a variance estimator (the “Newey-West estimator”) for linear regression estimators that did not rely on assumptions on heteroscedasticity or autocorrelation such as autoregressive models with a known number of lags. The estimator is, as the title mentions, simple, and has been widely applied. Although subsequent work has refined the original variance estimator, it was this paper that had the insight that assumptions on the precise structure of the autocorrelation were not required, and started this literature that has been immensely important for empirical work using autocorrelated data.

More generally Newey’s work on generalized method of moments estimation and testing, including the handbook of econometrics chapter with Dan McFadden, are taught in most PhD programs in economics.

Newey’s work on instrumental variables with weak and many weak instruments, some of it coauthored with Jerry Hausman, Swanson, Chao, and Woutersen, has pointed to new directions for dealing with weak instrument problems. It has raised new questions about existing methods and suggested methods for selecting instruments that are related to the now popular machine learning methods (“Choosing the Number of Instruments,” Econometrica, with Stephen Donald).

Whitney has served as a mentor for generations of econometrics students at MIT, and has been a leader in promoting research in econometrics that is relevant for empirical research, both by example, and by promoting such work as co-editor at Econometrica.