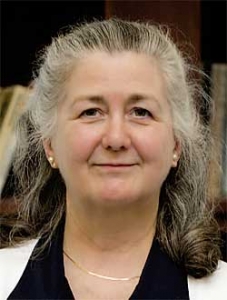 Shelly J. Lundberg is the Leonard Broome Professor of Demography at the University of California at Santa Barbara. She is the immediate past President of the European Society for Population Economics, a past President and Fellow of the Society of Labor Economists, and former Chair of the AEA Committee on the Status of Women in the Economics Profession. Since 2004 she has been a Research Fellow with IZA, the Institute of Labor Economics.

An economic demographer, Lundberg has made fundamental contributions to our understanding of household decision-making, intra-household resource allocation and family economic outcomes. Specifically, Lundberg’s research program has been central to disruption of the standard approach to household decisions that treated households as having a unitary utility function, typically dictated by the preferences of the major external breadwinner.

Instead, Lundberg, in collaboration with Robert Pollak, advanced a theoretical approach that treats households as being engaged in a process of internal (non-cooperative) bargaining, a process that gives agency to non-breadwinners in determining household choices.  In this work, Lundberg and Pollak put forward the concept of “separate spheres” bargaining between spouses, in which the threat point in household negotiations is not separation but rather the possibility of adopting a non-cooperative approach to marriage, which has critical implications for the marriage market and household outcomes.

Unlike the Becker model of family economics, this approach does not presume that work specialization within households are a consequence of a productivity-driven optimal division of labor. Indeed, work patterns, themselves—who does most of the work within the home and who does most of the work outside the home—are an outcome of intra-household bargaining and, ultimately, relative power. One important result put forward in a related paper was the idea that bargaining outcomes may be inefficient if they alter future bargaining positions.

It is notable that Lundberg consistently has translated her theoretical model of intra-household bargaining into a set of powerful empirical exercises largely focused on the relationship between intra-household bargaining power and household outcomes, which sparked a growing body of empirical work on gender and households within the fields of labor and development economics. For instance, an important paper that inspired a large number of related empirical papers in other settings uses a policy experiment in the UK to demonstrate convincingly that directing child benefits to women changes patterns of household expenditure. This result, and the corroborating evidence that followed it, spearheaded a policy movement to empower women through government transfer schemes worldwide.

Recently, she has undertaken a detailed analysis of the advancement of women in the economics profession, resulting in an edited volume for the Centre for Economic Research in London titled Women in Economics and a coauthored paper with Jenna Stearns in the Journal of Economic Perspectives. She concludes that there has been a drastic slowdown in the improved presence and success of women in the economics field, referring to the slowdown as a condition of “stalled progress.”

Over the course of her career, in collaboration with Richard Startz, Lundberg contributed to the development of models of statistical discrimination. Their work demonstrated the possibility of net social welfare gains by prohibiting discriminatory practices in employment. In collaboration with Elaina Rose, she has studied the impact of parenthood and marriage on gender differences in labor market outcomes and the relationship between the genders of children and the likelihood of eventual marriage between couples who have had a premarital pregnancy.  In collaboration with Robert Plotnick, she has explored the impact of teen premarital pregnancies on young people’s life outcomes by race and gender.

In her most recent work, Lundberg has examined gender differences in responses to adverse circumstances during the teen years. The provocative discovery associated with this line of research has been the finding that, while there are immediate differential effects that are more severe for young men, particularly with respect to schooling, these differential effects vanish in subsequent years in the life cycle. Thus, disadvantage in adolescence appears to have equivalent negative effects on both women and men.