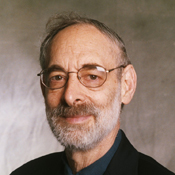 Robert Pollak is a labor economist who has made fundamental contributions in the estimation of demand systems, welfare analysis, cost of living theory and implementation, and family economics. His work is characterized by the thoughtful application of economic theory to empirical problems, the careful investigation of the realism of the assumptions underpinning theoretical models, and the willingness to bring the insights of other fields such as psychology and sociology into the understanding of family dynamics.

In his early work, Pollak proposed, analyzed, and estimated models of habit formation and interdependent household preferences in which a wife’s preferences might depend on her husband’s consumption and vice-versa. Pollak also has proposed that parents do not just care about their children’s utilities but also about their children’s consumption patterns. This work goes to the heart of how we explain differences in family behavior and how we evaluate the welfare of specific policies.

His work also brought to the fore the implications of price dispersion, search behavior, inventory, and storage behavior in estimating a cost of living index, pointing out that this type of substitution bias cannot be easily fixed. Pollak has worked directly with the BLS, and his theoretical research has been influential in CPI revisions.

Pollak is also well known for his work on the economics of the family. He and Shelly Lundberg, in the paper “Separate Spheres Bargaining and the Marriage Market” (1993), were early leaders in bringing game-theoretic bargaining models to the study of the allocation of resources within the family. This paper argued for a non-cooperative equilibrium determined by traditional gender roles within marriage and demonstrated that the spouse who controls the purse strings largely determines household purchases. Pollak also has worked on marriage markets and assortative mating, sibling bargaining on parental caregiving, understanding the decline of marriage among the less educated, and couples’ geographic location decisions.

Robert A. Pollak is the Hernreich Distinguished Professor of Economics at Washington University in St. Louis. He is a fellow of the American Academy of Arts and Sciences, the American Association for the Advancement of Science, the Econometric Society, and the Institute for Labor Research, and he is a research associate of the National Bureau of Economic Research. He has served on various National Academy of Sciences committees, including the Panel on Cost-of-Living Indexes, and also has served as co-chair for the MacArthur Foundation Network on the Family and the Economy.