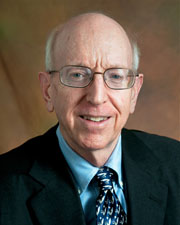 Richard Posner is the most significant pioneer in the economic analysis of law. He was among the first scholars to apply economic analysis to the common law, tort law, contract law, and the operation of the legal system. He was among the leaders in interpreting antitrust jurisprudence and regulation through the lens of economic efficiency – contributions that fundamentally changed the practice and analysis of antitrust in the United States and around the world.

The field of law and economics has become enormous and hugely influential. It is one of twenty program areas at the National Bureau of Economic Research; the American Law and Economics Association is a vibrant organization; and law and economics is taught in law schools and economics departments around the world. Law and economics scholars are a substantial part of the faculty at almost all academic law schools.

His treatise/textbook Economic Analysis of Law, published in 1973 and now in its ninth edition (2014), has provided generations of law students, economics students, and lawyers who had not studied economics, the frameworks and methods for applying economic analysis to all major legal domains.

Among Posner’s most important academic contributions is his 1976 treatise, Antitrust Law: An Economic Perspective. This book systematically applied economic analysis to study the implications of an economic efficiency standard to all domains of antitrust law. The 1974 paper with Isaac Ehrlich, “An Economic Analysis of Legal Rulemaking,” in the Journal of Legal Studies was Posner’s first paper on a fundamental question that shows up in many places in his future work; the question is whether or not the common law is efficient. In other words, does the process by which cases are brought and how judges rule on individual cases based on precedent generate efficient rules and how does the common law compare with legislation in this regard. Although this idea was arguably first raised by Coase, Posner is the first to engage with this issue deeply and across numerous areas of law.

Later in his career Posner became interested in how judges decide, perhaps because he was a federal circuit court judge from 1981 to 2017. His work with William Landes represents some of the earliest attempts to apply econometric methods to judicial decision-making, another growing area of academic inquiry.

Posner’s contributions to economics represent only part of his academic contributions. He is the author of over 40 books related to law including work on literature, sex, aging, Benjamin Cardozo, legal theory, public intellectuals, the US intelligence system, and most recently, the links between the academy and the judiciary. He is certainly one of the most important legal scholars of the past century and his contributions to economics have been enormous.