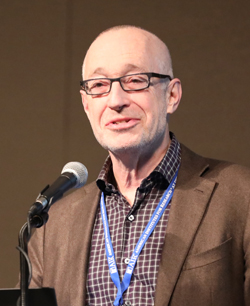 Paul Milgrom is the Shirley and Leonard Ely professor of Humanities and Sciences in the Department of Economics at Stanford University. He is the world’s leading auction designer, having helped design many of the auctions for radio spectrum conducted around the world in the last thirty years, including those conducted by the U.S. Federal Communications Commission (ranging from the original simultaneous multiple round auction with activity rules, to the recent incentive auction for repurposing broadcast spectrum for modern uses). His applied work in auction design and consulting has established new ways for economists to interact with the wider world. He is also a theorist of extraordinary breadth, who has provided (and still continues to provide) foundational insights not only into the theory of auctions (including his 1982 paper with Weber), but across the range of modern microeconomic theory.

For example, his 1987 and 1991 papers with Holmstrom generalized the principal-agent problem to include agents with multiple tasks, and explored the implications of linear incentive schemes. His long collaboration on the foundations of industrial organization with Roberts brought the notion of supermodularity into wide use for studying substitutes and complements, e.g. in their 1990 and 1995 papers. His 1985 paper with Glosten co-launched the finance literature on market microstructure. And his 1982 papers with Roberts and with Kreps, Roberts and Wilson (“the gang of four paper”) showed how a small amount of incomplete information could allow rational players to build reputations that enable effective cooperation in games like the finitely repeated prisoner’s dilemma, despite the lack of cooperative equilibria in the full information game. All of these papers have opened new literatures, as have others he has written.

His work has been widely recognized. He is a member of the National Academy of Sciences and the American Academy of Arts and Sciences. He has received major prizes, including the 2008 Nemmers Prize, the 2012 BBVA Foundation Frontiers of Knowledge Award, the 2014 Golden Goose Award (with McAfee and Wilson), the 2018 CME Group-MSRI Prize in Innovative Quantitative Applications, and the 2018 John J. Carty Award for the Advancement of Science (with Kreps and Wilson). He is the dissertation advisor of many successful economists. He served as a Vice President of the AEA.