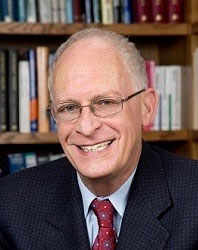 Oliver Hart is currently the Lewis P. and Linda L. Geyser University Professor at Harvard University, where he has taught since 1993. His contributions to economic theory stand out for being simultaneously deep and practical.  Not only has his work spawned several theoretical literatures, it has shaped empirical research in fields as diverse as corporate finance, labor economics, industrial organization, law and economics, and health economics. His work, primarily with Sanford Grossman, on the principal agent problem was foundational in providing a usable model of contracting between the two parties when the agent will undertake actions unobservable by the principal. These models have gone on to be widely applied. In labor economics, it shapes our understanding of incentive and piece-rate contracts. In corporate finance, it forms the basis of understanding the use of options in executive compensation.

He has also made a seminal contribution, in papers variously with Sanford Grossman and with John Moore, to the basic question posed by Ronald Coase: why do firms exist?  His work initially formalized the idea that contracts are incomplete: not all parts of a relationship can be contracted upon at the very beginning, either because of the complexity involved or lack of foresight. As a result, for contracting in all but the simplest situations to be effective one must specify a residual claimant, someone who owns the control rights.  This concept elegantly introduced the concept of ownership as control and provided one foundation for the firm.

In his latest work he has moved further than incomplete contracting to what might be called a behavioral foundation for firms, drawing on a basic finding in behavioral science that preferences are reference dependent. The continued evolution of these ideas show his willingness to take problems of immense importance and depth and continue attacking them until a model that is both simple, theoretically sound and pragmatic has been found.  As a collective, this body of work has contributed to reshaping the kinds of empirical and theoretical questions economists work, expanding the focus from market outcomes to questions of how firms and institutions are structured and the consequences of those structures.

For his fundamental contributions to contract theory he was awarded the Sveriges Riksbank Prize in Economic Sciences in Memory of Alfred Nobel along with Bengt Holmström.