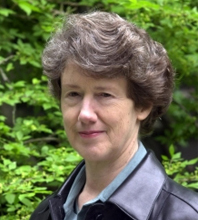 Nancy Stokey’s career is noteworthy for the scope and impact of her work. She has made fundamental contributions in microeconomics, economic theory, finance, and in macroeconomics, with a particular focus on the impact of whether or not economic agents have commitment power.

Stokey's work with Paul Milgrom, “Information, Trade, and Common Knowledge” (1982), established the paradox that information-based trade is not possible for rational agents with common knowledge. All modern models of information-based trade incorporate noise traders or agents who for reasons such as liquidity are willing to suffer trading losses; without such traders the "no-trade" theorem of Milgrom and Stokey holds and information-based trading does not take place. This work is one of the pillars of modern finance.

Stokey and Robert Lucas “Optimal Monetary and Fiscal Policy” (1983), is one of the first papers to examine the time-consistency of macroeconomic policy and to demonstrate the importance of central banks following rules. It shows that, in the absence of money, commitment via debt – when feasible – is a time-consistent policy. By contrast the temptation to tax money through inflation is time-consistent only if it can be implemented via a commitment to monetary rules. In subsequent work with Lucas she developed the version of the cash-in-advance model that plays an important role in modern monetary theory and policy.

The early literature on tournaments was limited to a small number of specific contracts. Jerry Green and Stokey, “A Comparison of Tournaments and Contracts” (1983), brought the analysis of tournaments into the mechanism-design literature by comparing the optimal independent compensation schedules to the optimal tournament. Stokey’s work on durable goods, “Rational Expectations and Durable Goods Pricing” (1981), is another pioneering contribution. It provided conditions under which a seller of durable goods without commitment power is able to appropriate any of the gains from trade.

Much of Stokey's career and work has been devoted to pioneering the examination of economic dynamics. Notable in this respect is her work not only as a scholar, but also as an expositor: her book with Robert Lucas on Recursive Methods in Economic Dynamics (1989) is a bookshelf staple for graduate students. Stokey's economic insight and concern are well expressed in her recent work studying why countries catch up or fall behind: "Policies stimulating technology transfer are far more effective in accelerating growth than policies stimulating human capital accumulation. Investments in human and physical capital respond to returns, and those returns are high when technology is growing rapidly. "

Nancy Stokey is the Distinguished Service Professor at the University of Chicago. She   received her Ph. D. from Harvard University in 1978. She is a Fellow of the Econometric Society, the American Academy of Arts and Sciences and the National Academy of Sciences. She has served as co- editor of Econometrica and was a member of the Expert Panel of the Copenhagen Consensus. She holds honorary doctorates from Northwestern University and the University of Western Ontario.