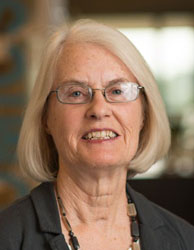 During her career as an academic economist, which she began after a successful career as a mathematician in government agencies, including the FTC, Margaret E. Slade has distinguished herself conducting applied research on markets and firms.  At a time when Industrial Organization was almost exclusively a theoretical field, Slade was among a small set of scholars who paved the way for a renaissance of empirical IO in the early 1980's. Studies in this new literature were characterized by much stronger links between the theory and empirics than had been typical in the empirical literature of the 1960s and 1970s. It was characterized by the painstaking development of detailed and often proprietary data sets that has come to exemplify the empirical IO literature of today. Slade pushed the boundaries of IO by applying its tools to the analyses of markets that had not been the main focus of the field, especially non-manufacturing firms. Throughout, and in keeping with her earlier career in government, her research remained grounded in the reality of the markets she studied, including a thorough knowledge of the institutional details characterizing them, and the public policies affecting them.

Most of Slade's research has focused specifically on natural resources or retail markets, and on the relationships among vertically related firms.  Whether her work deal with natural-resource commodity pricing, super game strategies in gasoline retailing, or vertical relationships, her
approach has always been to push the relationship between theory and empirical or econometric models as much as possible, with the ultimate goal of identifying specific parameters that could be relied upon to distinguish the factors at play in a given market.  She then used this information to draw conclusions about firm behavior and the role of public policy.

Most recently, her research interests have led her to develop tools for the analyses of spatial data in papers such as "Spatial Price Competition: A Semiparametric Approach," published in Econometrica in 2002, and "A Central Limit Theorem for Endogenous Locations and Complex Spatial Interactions," in the Journal of Econometrics in 2007.

These contributions will continue to affect how we study interactions among firms and markets for many years to come.

Slade is Professor Emeritus at the University of British Columbia, where she had served as Assistant, Associate, and Professor of Economics, and was the inaugural Leverhulme Professor of Industrial Economics at the University of Warwick from 2002 to 2007. She is a Fellow of the Canadian Economics Association, a past President of the European Association for Research in Industrial Economics, a recipient of the Killam Research Prize, and holder of an Honorary Doctorate from the Helsinki School of Economics.

For all her important and original work, Margaret Slade deserves recognition as a Distinguished Fellow of the American Economic Association.