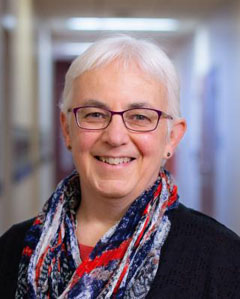 Katharine Abraham is a Professor of Economics and of Survey Methodology at the University of Maryland and the Director of the Maryland Center for Economics and Policy.  Abraham is a labor economist who has done seminal research on unemployment, the measurement and diagnosis of labor market slack, real wage cyclicality, the operation of internal labor markets, the estimation of the labor market returns to seniority (firm-specific experience), firms’ outsourcing decisions and use of outside contractors, alternative work arrangements and informal labor market activity, and a host of crucial labor market and broader economic measurement issues.  She has combined her scholarly endeavors with a distinguished career in government including service as the Commissioner of the U.S. Bureau of Labor Statistics (BLS) from 1993 to 2001 and as a member of the President’s Council of Economic Advisors from 2011 to 2013.

Abraham also has been a leader in research on economic measurement issues ranging from constructing a more accurate Consumer Price Index to the divergent wage trends across alternative series.  She has produced influential work using rich establishment data to explore the boundary of the firm and to assess different hypotheses for firms’ choices of using their own employees vs. outside contractors (outsourcing) for different economic activities (with Susan Taylor Journal of Labor Economics, 1996).  Abraham’s more recent research has illuminated the secular decline in the U.S. employment-population ratio (with Melissa Kearney, Journal of Economic Literature, forthcoming), pioneered the use of linked administrative and survey data to better understand the emerging gig economy as well as the consequences of long-term unemployment, developed new survey approaches to measure the importance of informal work activity, provided new insights into how financial aid impacts decisions to attend college.

Katharine Abraham has made essential contributions that have built and greatly improved our national statistical infrastructure and economic measurement system. During her stint as Commissioner of the BLS, Abraham managed the introduction of the redesigned Current Population Survey, laid the groundwork for the American Time Use Survey, and helped foster major improvements to the Consumer Price Index, Producer Price Index, Current Employment Statistics, and Occupational Employment Statistics.  She has received the Julius Shisken Memorial Award for Economic Statistics in 2002 and was named the inaugural recipient of the Society of Labor Economists Prize for Contributions to Data and Measurement in 2019. Katharine Abraham has been a leader in the more widespread adoption of evidence-based policy-making in the U.S. federal government including her service as Chair of the Congressional Commission on Evidence-Based Policymaking of 2016 to 2017.