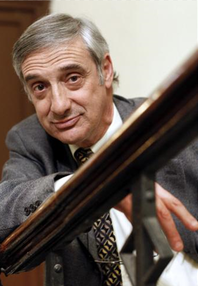 Joel Mokyr is an economic historian who has made invaluable contributions to our understanding of economic growth and technological change.

In Twenty-Five Centuries of Technological Change (1991), Mokyr analyses technological change since ancient classic times, emphasizing the difference between technology and scientific knowledge, and the distinction between incremental improvements and macroinventions.

In The Gifts of Athena (2002), Mokyr studies the process of knowledge and technological accumulation, and argues that modern growth is not only the result of new ideas but also of the way these ideas are made available to a large public via a network of universities and publishers. The institutions that help disseminate ideas are therefore a critical factor to explain long term growth.

In A Culture of Growth (2016), Mokyr focuses on the conditions that allowed 18th century inventions to become engines of sustained growth. China, India and the Islamic world provided fertile ground for inventions, but these inventions did not create industrial revolutions. Mokyr argues that western Europe at the time of the Enlightenment offered a unique set of conditions that facilitated the sharing and diffusion of ideas. In Mokyr’s view, the industrial revolution was the result of both culture and institutions, in particular the political fragmentation of Europe that prevented any one country from shutting down heterodox ideas. Europe allowed "the emergence of a belief in the usefulness of progress" and a set of institutions where knowledge could be shared and accumulated.

Joel Mokyr is the Robert H Strotz professor of economics and history at Northwestern University. He received his Ph.D. from Yale in 1974.