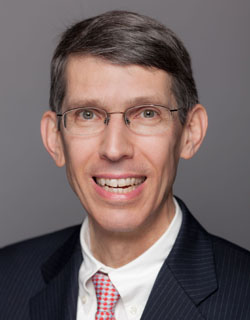 James (Jim) Poterba is the Mitsui Professor of Economics at MIT, where he has been on the faculty since 1983. He received his D.Phil in Economics from Oxford, where he was a Marshall Scholar. Poterba has been President of the National Bureau of Economic Research since 2008.

Jim Poterba is a prolific scholar in Public finance; he has published over 120 journal articles, 80+ articles and chapters, as well as editing numerous volumes covering a broad range of topics. His work exhibits a striking clarity of thought, focuses on issues relevant to households and public policy, and opens new questions for subsequent literature to refer to and explore. His main research themes focus on how taxation affects decision-making of firms and households, particularly involving saving and portfolio behavior. He has a deep interest in retirement security and the instruments available and used by households in retirement savings programs.

Accordingly, some of Poterba’s most influential work addresses household portfolios and investment and raised questions about long-held beliefs on efficiency and behavior. This includes noting the lack of international diversification in household asset holdings and showing that this phenomenon occurs globally – with households across many countries favoring their own domestic assets. Poterba’s work also questioned basic findings about stock returns, showing evidence of mean-reversion and hence potential market inefficiencies and persistent, but transitory, deviations between asset values and fundamentals.

While articulating these challenges in asset markets, Poterba’s research also turned to the securities and institutions to aid retirement savers. Jim Poterba’s research explores the “money’s worth” of annuities for retirement and the potential value of such contracts to help ensure individuals’ retirement security, which is a key theme of his research. Poterba’s work was early to recognize the importance of institutions in public policy, showing how fiscal restrictions, single party control, and election dynamics affected state budget adjustments to fiscal shocks. Recently, Poterba has developed and contributed to a timely and crucial discussion of the economics of infrastructure investment, bringing the tools of economics to the public policy discussion on infrastructure financing and investment.

Beyond his own research, Jim Poterba has served as editor and early convener on important topics in public finance. He was editor of the Journal of Public Finance and is a coauthor of The Role of Annuity Markets in Financing Retirement (2001), and an editor or coeditor of Global Warming: Economic Policy Responses (1991), International Comparisons of Household Saving (1994), Empirical Foundations of Household Taxation (1996), Fiscal Institutions and Fiscal Performance (1999), Fiscal Reform in Colombia (2005), and Economic Analysis of Infrastructure Investment (forthcoming), among many others.

Jim Poterba has been widely recognized for his many contributions to scholarship. He is a member of the National Academy of Sciences, a fellow of the American Academy of Arts and Sciences, the British Academy, and the Econometric Society, as well as the American Finance Association. In 2014 he received the Daniel M. Holland Medal from the National Tax Association for the study and practice of public finance. He has served as the President of the National Tax Association and Vice President of the American Economic Association. His public service includes serving as an advisor to the Congressional Budget Office and being on the President's Advisory Panel on Federal Tax Reform in 2005.

Beyond his scholarship, Poterba is known to many economists in his capacity as President of the National Bureau of Economic Research, a position he has held for 14 years, while continuing to teach and do research as a faculty member at MIT. In addition to its programs in traditional fields, the NBER has embraced broader research agendas and added groups and projects in the economics of crime, digitization, the environment, race and stratification, gender, and a range of topics in health economics, methodology, and market design, among many others. Under his leadership, the NBER has grown to include more than 1650 affiliated scholars and an ever-increasing range of programs and projects, including at the Summer Institute, which involves 2700 scholars each summer, and the working paper series, which publishes over 1200 papers a year.

Jim Poterba combines the clarity, focused and inquisitive scholarship, and unreserved service to the profession and the public that has inspired generations of students and colleagues across institutions and throughout the profession.