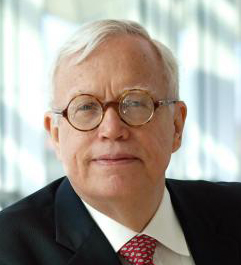 James Heckman is a phenomenally productive and influential scholar who has made fundamental contributions in both econometrics and labor economics. Heckman was awarded the Nobel Prize in 2000 "for his development of theory and methods for analyzing selective samples" and for showing how these methods “can be used to evaluate the effect of public labor market programs and educational programs, and to estimate the effect of length of unemployment on the probability of getting a job.” (Nobel citation) Although Heckman has made many methodological advances, it is his work as a labor economist that has made us rethink our models of lifecycle investment in health and human capital and altered our conceptions of important public policies such as the 1964 Civil Rights Act.

Heckman’s work on the Civil Rights Act, with its tour de force blending of micro-economic analysis, careful empirical work, and new data, remains the definitive economic work on the Act. Prior scholars argued over the roles of legislation and of convergence in black and white educational attainment. In several articles, including “Continuous versus Episodic Change” (1991) and “Determining the Impact of Federal Antidiscrimination Legislation on the Economic Status of Blacks” (1989), Heckman and his co-authors focused on the south (which is where the action was) and South Carolina (which had excellent data) and presented a proof by elimination. In the low-skill textile sector, but not in other sectors, employment of African-Americans rose sharply in 1965, when the Civil Rights Act was enacted. What accounted for the sharp rise? Heckman and his co-authors showed that, because textile mills were located in small, geographically isolated towns and textile jobs were good jobs for these towns, the social costs to desegregate were thus high even if employers wanted to hire African-Americans. Federal legislation was necessary to achieve a new equilibrium. Additional work on black-white convergence includes examining the role of the courts in improving black educational outcomes.

Heckman’s current research agenda has focused on early childhood education, showing that early investments in non-cognitive skills such as patience, self-control, temperament, and risk aversion potentially have high pay-offs because these skills augment cognitive and educational skills and thus raise the productivity of subsequent investments. Together with his prior work on education and job training, which shows that much of the benefit is due to selection, the policy implication of this work is that we should invest in early childhood.

Heckman has applied the idea of dynamic complementarities to health, proposing that the self-control and conscientiousness formed at an early age determine how productive an individual is at producing health as an adult. Heckman thus has pushed health economics to incorporate the latest biomedical views of chronic disease which emphasize longitudinal and intergenerational processes with behavioral views of chronic disease.

James Heckman is the Henry Schultz Distinguished Service Professor of Economics, a professor at the Law School, and director of the Center for the Economics of Human Development at the University of Chicago, a senior research fellow at the American Bar Foundation, and a research associate at the National Bureau of Economic Research. He was the recipient of the John Bates Clark Medal of the American Economic Association in 1983.