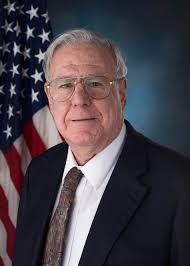 Henry Aaron is currently Bruce and Virginia MacLaury Senior Fellow in the Economic Studies Program at the Brookings Institution. His career has been distinguished by his many contributions to the understanding and formulation of social policy, most especially health care policy and retirement policy. In books and papers that have informed the thinking of academics, practitioners and policymakers, Aaron has laid out clearly and eloquently the case for reform of existing U.S. health care financing arrangements, as well as the economic principles that must be considered in shaping any sustainable new system. His published research on the U.S. Social Security system has been similarly influential. That work acknowledges both the challenges to the sustainability of our Social Security system as currently configured, but also argues that the system can be put on a firmer footing without changing its fundamental character and shows how this could be done. Throughout his career, on these and other issues, Aaron’s thinking and writing have reflected his deeply-held belief in the importance of social insurance to protect individuals from the worst effects of adverse events that are beyond their control, together with his hard-headed assessment of the feasible options for structuring and reforming the social insurance system.

Aaron is a member and vice-chair of the District of Columbia Health Benefits Exchange and a member and former chair of the Social Security Advisory Board. He is a member of the Institute of Medicine and a member of the American Academy of Arts and Sciences. He was a founding member and chair of the Board of the National Academy of Social Insurance and is a past president of the Association of Public Policy and Management. He was Assistant Secretary for Planning and Evaluation at the Department of Health, Education, and Welfare for two years during the Carter Administration and has served in an advisory role to numerous governmental organizations including the Congressional Budget Office, the Joint Committee on Taxation, the Department of Housing and Urban Development, and the State of Maryland. He also has served as vice-president and as a member of the executive committee of the American Economic Association. Aaron holds a PhD in economics from Harvard University and taught at the University of Maryland from 1967 through 1989.