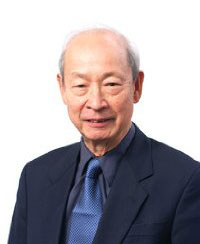 Gregory C. Chow is the Class of 1913 Professor of Political Economy, Emeritus, at Princeton University.  He has been a major figure in econometrics and applied economics.  Every beginning econometrics student learns the “Chow test”, a statistical test for structural change, applicable whether all the parameters of the regression model are estimable in both samples or not.  However, Gregory’s work extends far beyond his eponymous test.  He has been a major figure in the postwar flowering of econometrics, and his applied work included important research in microeconomics, macroeconomics, and development economics (particularly in reference to Southeast Asia).

Chow’s innovative research in both econometrics and applied economics combines his views that simplicity and transparency in econometric research are primary virtues.  His econometric research contributed to the study of simultaneous equation systems, both linear and nonlinear; full-information maximum likelihood estimation; estimation with missing observations; estimation of large macroeconomic models; and modeling and forecasting with time series methods.  Combining econometrics, economic theory, and macroeconomics, Chow’s original work on optimal control theory and its application to stochastic economic systems led him to develop and champion a solution approach for dynamic optimization problems using Lagrange multiplier methods.

Chow entered Cornell University as a sophomore in 1948, after one year at Lingnan University in Guangzhou.  He went on to graduate study at the University of Chicago, entering in the fall of 1951. His doctoral dissertation, which became a standard reference in empirical economics, was a study of the factors determining the demand for automobiles.  It was his curiosity about whether the equations he had estimated in his thesis were applicable to data outside the sample period that was the origin of the Chow test.

From the middle 1960s Chow began what is essentially a second career when he became increasingly interested in the economies of Taiwan and later China and Hong Kong.  This interest resulted in many scholarly books and articles.  Chow visited East Asia many times, establishing contacts with policy-makers and business leaders.  As a result of this second career, Chow has become a towering figure in economic transition and economics education in Asia. He played an important role in the economic development of both Taiwan and China. Beginning in the middle 1960's, he visited Taiwan often and became a member of the Academia Sinica. He served as a major economic adviser to President Chiang Kai-shek, and in the early 1980s when few people in China understood market economies, Chow became an important advisor to the reformist Premier Zhao Ziyang, whose policy initiatives set the foundation for transforming China’s economy. Today, Chow continues to play an active role in China’s economic development. He writes a regular column for China Business News, Financial times, and Commercial Times.

Chow has also made important contributions in China’s economics education. While every econometrics student learns the “Chow test”, Chow is actually more famous in China for another Chow test—an elaborate testing system designed by him in the mid-1980s to select top economics students from all over China and bring them to the US for further study. Today, over a hundred Chow testers are active in the economics field, many have returned to China, and become accomplished academics, top policy makers, and prominent business leaders.