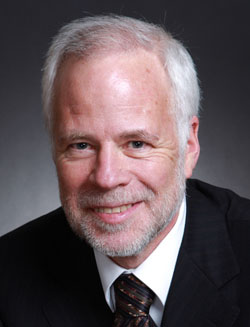 Barry Eichengreen is the George C. Pardee and Helen N. Pardee Chair and Distinguished Professor of Economics and Political Science at the University of California, Berkeley. His research lies at the intersection of economic history and international macroeconomics.

He has held many prestigious appointments: Research Associate of the NBER, Research Fellow at the Centre for Economic Policy Research, Senior Policy Advisor at the IMF, and a fellow of the American Academy of Arts and Sciences, the Center for Advanced Study in the Behavioral Sciences, and the Institute for Advanced Study. He has received numerous awards and accolades: Guggenheim and Fulbright Fellowships, a Doctor Honoris Causa from the American University in Paris, the Schumpeter Prize from the International Schumpeter Society (2010), and one of Foreign Policy Magazine’s named 100 Leading Global Thinkers (2011).

Eichengreen’s body of work has generated some of the field’s most influential research on the Great Depression and the design of international monetary systems. Few, if any scholars, have such a commanding grasp of the economic history of so many countries. His most prominent work, Golden Fetters: The Gold Standard and the Great Depression, 1919-1939, has become a classic. If Milton Friedman and Anna Schwartz’s A Monetary History of the U.S., 1867-1960 provides the leading domestic account of the Great Depression, Barry Eichengreen’s Golden Fetters offers the leading international account. It meticulously examines the role of the gold standard in transmitting the Great Depression from the United States to the rest of the world. His work highlights how structural weaknesses in the interwar gold standard contributed to the worldwide economic cataclysm of the 1930s.

His research output is voluminous. Over the past thirty years, he has written and published 25 books, nearly one book per year–a rate that likely places him as the most prolific author of academic books in the field. He has published six books from Oxford University Press, three from Princeton University Press, three from MIT Press, and one from Cambridge University Press–a reflection of the high quality of his works. In addition to these books, he has published more than 250 research papers, nearly 150 policy papers, and 20 additional coedited books.

Across these works, Eichengreen’s research approach adopts an international, historical perspective. For example, his most recent book, In Defense of Public Debt, assesses the implications of government debt buildups using the international history of state-issued debt as a lens of analysis. This work documents the critical role of state debt in responding to emergencies and in funding important investments in human and physical infrastructure, while examining the ways in which debt accumulations get resolved over time. The book places the recent run ups in debt in countries across the globe in their appropriate historical context. As another example, one of his studies, “From Great Depression to Great Credit Crisis,” analyzes the effects of macroeconomic policy under liquidity-trap conditions using international evidence from the 1930s. The study identifies exogenous fiscal policy shocks–major military buildups driven by geopolitical developments–to tease out estimates of fiscal multipliers. These two examples reflect a small subset of Eichengreen’s immense body of work, but they highlight how his careful analyses from the international historical record shed important policy insights, relevant for today.

Eichengreen’s service to the broader community is exceptional. Eichengreen is a past president of the Economic History Association (2010-11). He provides frequent economic news commentary and analysis to the general public–an important form of service that helps to communicate the field’s key debates, findings and questions to the broader public. Eichengreen has written roughly 500 op-eds, comments and reviews, and is a regular monthly commentator for Project Syndicate. He is also a beloved adviser, mentor and teacher to countless students. He received the Jonathan R.T. Hughes Prize for Excellence in Teaching from the Economic History Association (2002) and the Distinguished Teaching Award from the Social Science Division at the University of California, Berkeley (2004). He has served as the dissertation adviser of many prominent economists, from diverse backgrounds, helping to train, guide, and inspire the next generation of researchers.