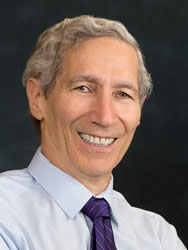 Ariel Pakes has made fundamental methodological contributions in empirical industrial organization. He and his coauthors have developed new techniques for estimating production functions, demand systems, and analyzing firm and industry dynamics. They have applied these techniques to several important sectors of the economy, such as telecommunications, automobiles, and health care, in order to assess the effects of policy changes.

In his most cited paper, “The dynamics of productivity in the telecommunications equipment industry”, Pakes and his coauthor Olley lay out a new method for estimating production functions and inferring productivity. Their approach is based on the insight that firm investment contains information about firm productivity, and hence can be used – under certain assumptions that are clearly spelled out in the paper - to construct a proxy for productivity. This paper spawned a large literature on productivity estimation and has had enormous influence on the empirical literature, especially on studies assessing the effects of policy changes (e.g., deregulation, trade liberalization) on firm and industry efficiency.

In his second most cited paper , “Automobile Prices in Market Equilibrium,” Pakes together with coauthors Berry and Levinsohn propose a method for estimating demand for differentiated products, which addresses the issue of price endogeneity while allowing for flexible substitution patterns. This work too has had numerous applications to the modeling and analysis of differentiated product markets, both in academia and in antitrust.

Another influential strand of Pakes’ work is in the area of firm and industry dynamics. His paper “Markov-perfect industry dynamics: A framework for empirical work” with Ericson is a classic in the literature. The modeling framework developed in the paper has provided the basis for numerous empirical applications including Pakes’ own aforementioned paper on the dynamics of productivity in the telecommunications industry. In the paper “Patents as Options: Some Estimates of the Value of Holding European Patent Stocks,” he formulated and solved an optimal stopping problem associated with patent renewal, derived its implications for aggregate behavior, and showed how the parameters of the model could be estimated based on aggregate data. The paper received the 1988 Frisch Medal of the Econometric Society.

Pakes has also worked on methods to construct a more accurate Consumer Price Index, as well as on the analysis of incentive schemes on the hospital allocation of doctors.

Pakes’ methodological contributions have had applications in several areas of economics outside industrial organization, including macroeconomics, international trade, health, and environmental economics, and have been incorporated into the work of government agencies and private firms. He has been advisor and mentor to dozens of doctoral students, several of whom are now professors at leading academic institutions.

Ariel Pakes is the Thomas Professor of Economics in the Department of Economics at Harvard University and recipient of numerous honors and awards. In addition to receiving the Frisch Medal, he was elected fellow of the Econometric Society in 1988, of the American Academy of Arts and Sciences in 2002, and of the National Academy of Sciences in 2017. Pakes was the Distinguished Fellow of the Industrial Organization in 2007. In 2017 he received the Jean-Jacques Laffont Prize and in 2018 the BBVA Frontiers of Knowledge Award.