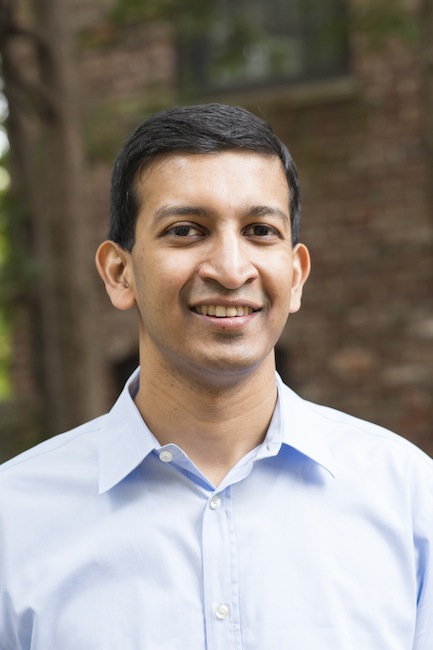 Raj Chetty is an influential young economist working on tax policy, social insurance, and education policy.  He uses new evidence about human behavior to synthesize results from different subfields of economics.  For example, labor supply elasticities estimated from micro-level data typically show modest effects of changes in the after-tax wage rate on labor supply.  The macroeconomics literature typically finds substantially larger equilibrium elasticities.  In “Bounds on Elasticities with Optimization Frictions: A Synthesis of Micro and Macro Evidence on Labor Supply,” Chetty develops a model in which inattention or adjustment costs prevent individuals from responding to many policy changes, leading to the conclusion that policy changes have small effects on behavior.  However, in Chetty’s model, large changes capture people’s attention and provoke responses, which can explain why larger tax policy changes have larger effects, and why hours of work are less responsive than the decision to participate in the labor market.

In “Adjustment Costs, Firm Responses, and Micro vs. Macro Labor Supply Elasticities: Evidence from Danish Tax Records,” Chetty explores reasons why individual-level elasticities appear to be small.  One explanation is an inability to change hours of work for a specific job.  If one needs to switch jobs to gain lower hours and hence lower marginal tax rates, then switching costs imply that only very large changes in marginal tax rates will induce a job switch.  A second explanation is that employers optimize hours/wage packages to minimize overall tax payments, so that taxable earnings for a typical worker are just short of a marginal tax rate jump.  Chetty and colleagues demonstrate using Danish data that workers are responsive to large tax changes, and that firms do bunch hours/wage packages so as to optimize worker tax payments.

In Chetty’s most cited study, “Salience and Taxation: Theory and Evidence,” he hypothesizes that sales taxes are less salient to consumer behavior than the posted price, and provides two examples.  First, he shows using state-level data on beer sales that sales tax changes have smaller effects than posted prices.  Second, the authors convinced a large retail store to post the sales-tax-inclusive prices of selected relatively high-cost items, alongside other products posted with the pre-tax price.  Using a difference-in-difference-in-difference design, they found that posting final tax-inclusive prices led to lower sales.  Randomly selected individuals were aware of the existence (and magnitude) of the sales tax, so ignorance of the tax cannot explain the results.  Finally, Chetty shows that because of this salience effect, customers bear far more of the burden of the sales tax than conventional public finance formulas predict.

Chetty explores the effects of the well-documented tendency of income tax payers to overestimate their likelihood of being caught if they engage in tax evasion in “Is the Taxable Income Elasticity Sufficient to Calculate Deadweight Loss? The Implications of Evasion and Avoidance.”  He develops a formula for correcting the elasticity by taking this effect into account.

In “Using Differences in Knowledge across Neighborhoods to Uncover the Impacts of the EITC on Earnings,” Chetty uses data from U.S. tax returns to ask whether recipients of the Earned Income Tax Credit (EITC) optimize their tax refunds.  Optimization implies heterogeneous behavior across individuals located near different kink-points in the nonlinear credit.  He and his colleagues show that there are differences across geographic regions of the U.S. in the extent to which the self-employed optimize, and that tax-optimizing behavior seems to diffuse within regions from the self-employed into W-2 income.  In the end, they demonstrate a modest overall sensitivity of labor supply to phase-in EITC, but much larger impacts in neighborhoods that are financially attuned to maximizing EITC refunds.

A key question for U.S. tax policy is whether savings incentives such as 401(k)s and IRAs increase retirement savings, or whether savvy taxpayers simply shift assets from taxable accounts into tax-preferred accounts without changing savings.  The U.S. evidence on 401(k)s suggests a savings effect, if only because “nudges” inherent in default enrollment plans increase contributions among people with few assets.  But evidence based on IRAs is mixed.  In “Active vs. Passive Decisions and Crowd-out in Retirement Savings Accounts: Evidence from Denmark,” Chetty and coauthors show that most taxpayers do not appear to notice policy changes that affect their savings accounts.  However, active savers respond quickly to changes in the tax code.  The result is that nudges inherent in employer-provided savings plans increase savings among passive savers while IRA-style saving incentives lead to almost complete reshuffling among active savers, thus offsetting any apparent increase in overall (national) savings.

In “Dividend Taxes and Corporate Behavior: Evidence from the 2003 Dividend Tax Cuts,” Chetty used the 2003 tax cut on qualified dividends to estimate the responsiveness of dividend payments to tax changes.  Salience was not an issue for corporations during this period—they increased dividend payments substantially following the tax change.  Furthermore, firms that increased their dividends the most were those with the lowest internal investment opportunities, as proxied by lower levels of expected growth.  An intriguing result is the larger dividend payout by firms whose directors or managers own a larger share of the company.  As Chetty argues in “Dividend and Corporate Taxation in an Agency Model of the Firm,” these patterns imply that managers would rather invest retained earnings in “unproductive” projects than distribute them as dividends.

In addition to his contributions to tax policy, Chetty has also added to the social insurance literature.  In “Moral Hazard vs. Liquidity and Optimal Unemployment Insurance,” he uses U.S. data to show that unemployment insurance recipients who are liquidity constrained because, for example, they have a mortgage to pay or are single and do not have other earners in the house, are more likely to feel pressure to rapidly return to work.  Conversely, job losers with larger lump-sum payments are more likely to remain unemployed.  He uses these insights to derive the optimum level of UI insurance, and finds that, if anything, current unemployment insurance replacement rates are too low.  In “Cash-on-Hand and Competing Models of Intertemporal Behavior: New Evidence from the Labor Market,” Chetty and colleagues use Austrian data to investigate whether workers who stay out of the labor force longer are able to find better matches when they return.  They find no evidence that this is the case.

“How Does Your Kindergarten Classroom Affect Your Earnings? Evidence from Project STAR” examines the long-run effects of the Tennessee STAR experiment, which randomized students into classrooms with few students (the treatment) or the conventional number (the control).  Chetty and coauthors persuaded the Internal Revenue Service to link students in the STAR study to their later tax records, allowing them to estimate the long-term impact of class size.  More importantly, they realized that random assignment to different class sizes necessarily involved random assignment to specific teachers, allowing them to evaluate the impact of idiosyncratic teacher quality on long-term student outcomes.  The study replicates the “fade-out” of the impact of teacher quality (and small classrooms) on test scores, but finds that the effects re-emerge later in life with remarkably large effects on earnings and other markers for success.  This paper bridges two literatures: One on early childhood programs, and one on the effects of school inputs such as teacher quality. Chetty formalized the identification strategy developed for this paper in a separate methodological piece: “Identification and Inference with Many Invalid Instruments.”

“The Long-Term Impacts of Teachers: Teacher Value-Added and Student Outcomes in Adulthood” is a focused study on the effects of the change over time in a teacher’s students’ test scores on long-term earnings.  The results show that higher value-added teachers lead to a greater likelihood of college graduation, and higher long-term earnings.

Chetty has made several other noteworthy methodological contributions.  In “Sufficient Statistics for Welfare Analysis: A Bridge between Structural and Reduced-Form Methods,” he attempts to reconcile the two camps of the title.  The intuition is that there are several key “reduced form” parameters which are invariant to changes in the underlying model and can be readily translated into structural parameters that can be used to make policy prescriptions, for example, the standard Harberger formula for the excess burden of a tax.  Chetty argues that in these cases one need not quibble over which model is best since any legitimate structural model delivers the same policy message.  Another example pertains to insurance markets, where an estimate of the value of insurance can be obtained using the gap between the marginal utility of consumption in good and bad states.  However, Chetty also demonstrates that different ways of estimating the money-metric gap between consumption in good and bad states lead to different policy implications.  This paper encourages both more robust structural models and a greater emphasis on translating reduced-form estimates into valid policy-relevant structural parameters.

In “A New Method of Estimating Risk Aversion,” Chetty observes that if the marginal utility of lifetime wealth declines rapidly as wealth increases—the hallmark of highly risk-averse behavior—then individuals should choose to work less as their wages (and hence their lifetime wealth) rises.  He uses this insight to place bounds on the upper limits of risk aversion based on observed labor supply elasticities.  In “Consumption Commitments and Risk Preferences,” he further argues that standard models of consumption are likely to be mis-specified because of consumption commitments, such as home mortgages, that make the riskiness of discretionary consumption larger than previously believed.  Perversely, these effects can cause individuals to take on greater “big-payoff” risks to avoid having, for example, to sell the homestead.  In “Interest Rates, Irreversibility, and Backward-Bending Investment,”he shows that the same insight can apply to firms.  High interest rates can cause a company that is saddled with debt to actually speed up its investment schedule so as to gain new revenue more quickly, leading in turn to a non-monotonic investment demand curve.

Raj Chetty is a remarkably productive economist whose contributions assimilate evidence using a variety of methodological perspectives to shed new light on important public policy questions.  His work extends basic price theory by incorporating behavioral and psychological aspects of economic behavior; reconciles results from different branches of economics, whether between structural and reduced form economists, or among previously inconsistent estimates of key parameters such as labor supply elasticities; and employs data that are uniquely suited to answer otherwise unanswerable questions.  He has established himself in a few short years as arguably the best applied microeconomist of his generation.