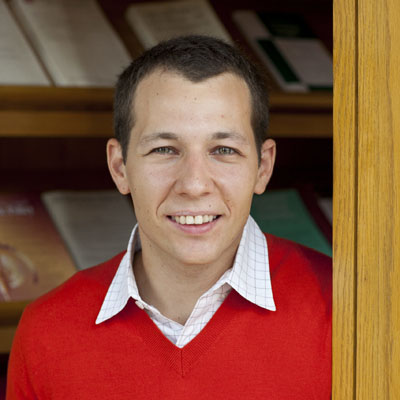 Itskhoki’s most important contributions to international finance are his papers on general-equilibrium exchange-rate puzzles and exchange-rate pass-through. “Exchange Rate Disconnect in General Equilibrium” (Journal of Political Economy 2021, with Dmitry Mukhin) and the follow-up paper “Mussa Puzzle Redux” (also with Mukhin) are likely to be considered Itskhoki’s landmark contributions to international finance. The JPE paper offers a unifying theory that solves five of the major exchange-rate puzzles that have stymied international macroeconomics since the beginning of the flexible exchange-rate regime fifty years ago. The key insight is the recognition that financial market noise, not economic fundamentals, may be the main driver of exchange rates. The authors propose a framework that combines a standard international business cycle model with a financial sector characterized by segmented markets, limits to arbitrage, and noise traders. Variations in noise traders’ liquidity demand drive persistent movements in currency demand that are divorced from fundamentals. The interplay of the financial market shocks with key real features, such as home bias in consumption, as well as with fundamental shocks allows the model to explain both observed movements in macroeconomic aggregates and exchange rate volatility. With this model, the authors offer a unified solution to the Meese-Rogoff disconnect puzzle, the purchasing power parity puzzle, the terms-of-trade puzzle, the Backus-Smith puzzle, and the uncovered interest parity puzzle. Itskhoki and his co-author’s lucid explanations for how the model’s mechanisms resolve each puzzle render the source of the disconnect between exchange rates and economic fundamentals transparent. The recent working paper, “Mussa Puzzle Redux,” extends these earlier insights to show that an expanded set of Mussa facts points to monetary non-neutrality arising from market segmentation in financial markets as the key friction. The model developed in these papers will be a dominant framework—perhaps the dominant framework—for thinking about exchange rate analysis.

Understanding why exchange rate pass-through is incomplete is central to understanding the transmission of shocks across countries. “Currency Choice and Exchange Rate Pass-Through” (American Economic Review 2010, with Gita Gopinath and Roberto Rigobon) has changed the course of the exchange-rate pass-through literature both by producing striking new empirical results that reveal weaknesses with previous explanations and by constructing a model that offers a new way to think about exchange rate pass-through. The empirical results of the paper reveal the deficiencies of simple sticky-price explanations of incomplete exchange-rate pass-through. The paper then offers a new theoretical framework for modeling exchange rate pass-through, which includes endogenous choice of currency for invoicing, variable markups based on demand, and an important role for imported intermediate goods. Itskhoki’s follow-up work, initially with Gopinath but later with Amiti and Konings, uncovers additional key empirical results from rich new data and uses these data to test and enrich the theoretical mechanisms highlighted in the initial paper.

In a series of highly influential papers with Elhanan Helpman and Steve Redding, Itskhoki examines how opening up to foreign trade can affect within-country income inequality. Much of the inequality literature has documented that within group inequality—inequality between individuals with similar observable characteristics—has risen sharply over time in countries like the United States. Classical Heckscher-Olin models are not well suited to study changes in within-group inequality, so Itskhoki and his coauthors developed richer models to analyze this phenomenon. In “Inequality and Unemployment in a Global Economy” (Econometrica 2010, with Helpman and Redding) Itskhoki creates a model that incorporates features such as firm and worker heterogeneity. Analysis of the model highlights novel interactions between increased foreign trade and within-country inequality. For example, an initial opening to trade can induce the most productive and highest wage firms within a country to export, further increasing the wages they pay relative to the rest of the firms in the country and, therefore, raising within-country income inequality. However, the effect of trade liberalization on inequality is not monotonic, which is an entirely novel theoretical result. In their follow up paper “Trade and Inequality: From Theory to Estimation” (Review of Economic Studies, adding Marc Muendler as an additional co-author) the authors take their model to matched employer-employee data from Brazil. Using a version of their model estimated with the Brazilian micro data, the authors find that reductions in trade barriers lead to higher within-country inequality in the short run, but in the longer run within-country inequality can be reduced, as lower productivity firms begin to export. This paper provides the first serious quantitative exercise evaluating the impact of trade costs reductions on within-group wage inequality within a country.

Through his masterful application of empirical and theoretical tools, Itskhoki has revisited classic questions in both international finance and international trade, resolving long-standing puzzles and offering new economic insights into important phenomena in international economics. He is a worthy recipient of the Clark Medal.