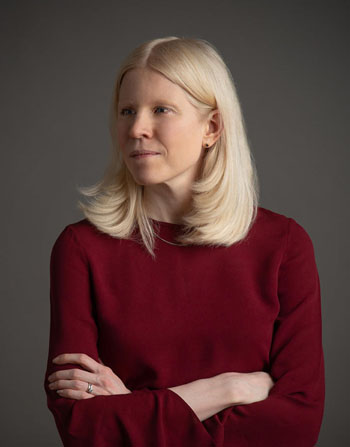 A central question in history, political economy and economic development is the role that institutions play in the development of different societies. Through her pioneering careful and creative data collection and empirical work, Melissa Dell has advanced our understanding of the role state and other institutions play in the daily lives of and economic outcomes of ordinary people. In doing so she has also given a new energy and direction to the entire field of political economy and development.

Historians (e.g., Engerman and Sokoloff) have long argued for the persistence of institutions and the “long shadow” of historical events on developing countries. For example, cross-national studies have noted that Latin America and North America organized labor differently during colonial periods and used cross-country historical data to support the idea that these differences have had long-run impacts. More generally, Acemoglu, Johnson, and Robinson compare the experience of countries with different institutions set in place during colonial time for largely accidental reasons, showing that these early differences continue to matter today.

In her work, Dell goes beyond the cross-country evidence, using historical accidents or peculiarities to shed light on persistent effects of institutional differences, including different in the organization of the state. She exploits historical settings in which she is able to very convincingly establish the persistent impacts of specific institutions as well as explore specific channels through which these impacts occur.

This is beautifully illustrated in “Persistent Effects of Peru’s Mining Mita” (Econometrica 2011).

In this paper, Dell exploits the fact that Spanish coercive institutions to support silver and mercury mining in the area that is now Peru and Bolivia were constructed based on a geographic discontinuity. In particular, men that were in a catchment area around the mines were subject to coercive labor institutions (the “Mita”), while those outside it were not. Even though these specific institutions were abolished more than three hundred years ago, their political and economic consequences could have persisted. Her paper investigates this using a spatial regression discontinuity design (which is itself a methodological contribution), finding very large persistent effects. Families living in areas just inside the boundary are about 20-30% poorer and have comparably higher rates of stunting in children than do families living just outside.

This paper enriches the cross-country approach found in earlier literature with a detailed analysis of source of variations and provides thorough analysis of mechanisms by which effects of institutions arise and persist. She shows that the negative effect of the Mita is likely mediated by the (lack of) provision of public goods and provides suggestive evidence that this is related to the economic structures inside and outside the catchment area. In particular, the paper identifies the role of haciendas in explaining Mita's impact. Haciendas were large farm units that had the power to influence the government to provide funding for roads to link these farms to markets. Dell finds that there were many more haciendas outside the Mita’s catchment areas than inside; the control of the state over labor within the Mita seemingly discouraged the entry of hacienda-type private farms. Even though haciendas are likely to be extractive institutions, they were still less conducive to long-run underdevelopment than the state’s coercive control. This observation runs counter to a narrative that associated slow development in Latin American to the concentration of land ownership, by showing that landed elites provide in some respects a path to development.

Three other landmark papers of Dell follow a similar approach of looking for the persistent impacts of a specific institutions in Mexico, Vietnam and Indonesia, exploiting individual accidents. These four papers constitute a major contribution to the study of long-run political economy of development, and a model of how researchers can hope to document persistence of historical accident, and, even more difficult, the reason for such persistence.

A second vein of Dell’s research answers current policy-relevant questions, often related to conflict. Here, again, Dell uses creative empirical design to identify variation. In “Trafficking Networks and the Mexican Drug War” (American Economic Review, 2015), Dell investigates how the Mexican drug war has impacted local economic development. Dell compares towns in which mayors from the PAN party (which was strongly anti-cartel) were narrowly elected with towns where candidates from that party were narrowly defeated. She documents that within-gang violence was triggered by the harder line against the cartels taken by PAN-party mayors. More importantly, she documents for the first time that there is a spillover of criminal activity though the spatial network: Municipalities with within-gang violence cease to be attractive places for drugs to be transported through on their way to the United States. She then constructs the road network taking drugs from their origins to US entry points. She shows that there is a shift of drug-cartel activity from these affected drug municipalities towards those that form alternative and more “peaceful” feasible paths to destinations.

A second paper in this vein is “Nation Building through Foreign Intervention: Evidence from Discontinuities in Military Strategy” (joint with Pablo Querubin, QJE, 2018). Dell exploits a policy discontinuity in which villages were scored on a continuous scale bit then sorted into discrete buckets that determined how the village was treated. Hence, very similar villages (on the continuous scale) that were on one side or the other of the criterion for being in a bucket received discretely different treatment, a discontinuity that allows her to evaluate the impact of the treatment differences. She also examines the different effects of different strategies employed by the US Army and the Marine Corps, showing that the Army’s more heavy-handed policies led to greater support for the Viet Cong.

Thanks to her ingenuity, rigor, and curiosity, Dell has made major contributions to the field of political economy of development, and has inspired countless others. She has been a transformative force and is more than worthy recipient of the Clark Medal.