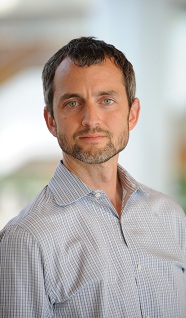 Matthew Gentzkow has made fundamental contributions to our understanding of the economic forces driving the creation of media products, the changing nature and role of media in the digital environment, and the effect of media on education and civic engagement. He has thus emerged as a leader in a new generation of microeconomists applying economic methods to analyze questions that were historically analyzed by non-economists. His empirical work combines novel data, innovative identification strategies and careful empirical methods to answer questions at the interface of economics, political science, and sociology.  This work is complemented by significant theoretical work on information, communication, and persuasion.  Gentzkow, both on his own and in collaboration with his frequent co-author, Jesse Shapiro, has played a primary role in establishing a new and extremely promising empirical literature on the economics of the news media.

A first set of Gentzkow’s papers studies political bias in the news media.  In “What Drives Media Slant? Evidence from U.S. Daily Newspapers” (Econometrica, 2010), Gentzkow and co-author Jesse Shapiro use textual analysis of a large set of newspaper articles to classify content as more Republican or more Democrat (“media slant”).  This is done using statistical analysis of phrases that differentially show up in Republican versus Democrat Senators’ speeches in the Senate. These constructed measures of media slant match well with conventional wisdom and with other, more ad-hoc and subjective newspaper political classification. Gentzkow and Shapiro then use these measures to estimate demand for newspapers, and to model the newspaper owner’s choice of media slant. They find that most of a newspaper’s media slant can be explained by the preferences of its readers rather than by the tastes of its owner.  The second part of the paper tries to sort out whether the bias of individual papers is driven by “demand” – i.e. the political biases of their target audience – or “supply”, i.e. the idiosyncratic preferences of the owners. They find that it is mostly demand.

In “Ideological Segregation Online and Offline” (Quarterly Journal of Economics, 2011), Gentzkow and Shapiro look for evidence of the so-called internet “echo chamber”, where people of similar ideological bent talk solely to one another when they are online. Their paper uses internet browsing data to show that people who visit websites that are very liberal or very conservative are just as likely to visit completely mainstream media sites as the typical internet user. In short, they do not find much evidence of segregation online.  However, they show that ideological segregation is still higher than most offline news consumption.

Gentzkow’s paper “Valuing New Goods in a Model with Complementarity: Online Newspapers,” (American Economic Review, 2007) examines the question of whether online news media and traditional paper media are substitutes or complements for consumers.  This potentially has important consequences for firms in the industry, but also for the question of how consumers will educate themselves about current events in the future. It also contributes to the literature on estimating the impact of new goods.  Previous discrete choice techniques in that literature implicitly assume that new goods are substitutes for existing goods.  In order to examine this question, Gentzkow extends existing discrete choice demand estimation techniques to allow for the possibility that bundles of goods are complements.  He finds clear evidence that print and online papers are substitutes.  His model reveals that the positive relationship between their consumption in the raw data is an artifact of consumer heterogeneity.  He also finds substantial welfare benefits from the introduction of free online newspapers.

Gentzkow’s 2013 working paper “Competition and Ideological Diversity: Historical Evidence from U.S. Newspapers” (jointly authored with Jesse Shapiro and Michael Sinkinson) analyzes the development of the U.S. newspaper industry and the historical effect newspapers have had on the US political system. The paper uses historical data to estimate a structural model of newspaper preferences and the environment in which they operate. This paper shows great data hustle to compile a relatively complete set of records of newspaper entry and exit and merge it with demographic and political data in order to answer important questions about what has shaped the nature of news media over a long period of time.

A second set of papers looks at the impact of television on society from several perspectives.  “Television and Voter Turnout” (Quarterly Journal of Economics, 2006) measures the effect of television on voter turnout by exploiting the variation in the time at which television was introduced in various regions of the US during the 1940s and 1950s. Gentzkow shows that a significant fraction of the reduction in voter turnout over the last century, particularly in local elections, can be explained by the introduction and the increased penetration of television. He argues that the introduction of television caused a substitution away from other media with more political coverage which then led to a decline in voting. Gentzkow presents empirical evidence that the entry of television in a market coincided with sharp drops in consumption of newspapers and radio and in political knowledge as measured by election surveys.

In “Preschool Television Viewing and Adolescent Test Scores: Historical Evidence From The Coleman Study” (Quarterly Journal of Economics, 2008) Gentzkow and Shapiro examine the impact of television on test scores using data from the “Coleman study.”  To identify the causal effect of television, the paper compares children of different ages at the time that television was introduced.  The analysis shows that television viewing did not have a negative impact on children.  The finding can be more easily interpreted when broken out by family situation: the impacts are most positive on underprivileged children who perhaps had a lower opportunity cost of their time.

A third set of papers look at questions of persuasion.  In “Media Bias and Reputation” (jointly authored with Jesse Shapiro), published in the Journal of Political Economy in 2006, the authors highlight the incentives of news outlets to incorporate an ideological slant.  The main idea is that Bayesian consumers will update positively about an outlet’s quality if the story conforms to her viewpoints.

With Emir Kamenica, Gentzkow has authored a series of very nice applied theory papers that tackle the question of how, in a game where a sender communicates private information to a receiver, a sender might choose to package information that they communicate in order to influence how a receiver behaves.  The model in “Bayesian Persuasion” (American Economic Review, 2011) assumes that the sender tells the truth, but shows that how the sender structures the space of signals that are possible to communicate affects outcomes.  In the real world, this might correspond to the sender designing an experiment to learn some information, or investing in getting certain types of data.  The authors find that a closer alignment of objectives between the sender and receiver does not necessarily lead to more informative communication, because what matters to the sender’s choice of possible signals is what structure is most effective at influencing the receiver’s actions.  The paper derives a number of comparative statics predictions and applies them to various real-world settings.

In a follow-on paper (“Competition in Persuasion,” Working Paper, 2012) Gentzkow and Kamenica study whether competition among senders increases the amount of information revealed. Although it might seem that this would be an intractable problem with lots of competing effects, the surprising finding is that more competition cannot decrease the information communicated.  A third paper by the same authors (“Disclosure of Endogenous Information,” Working Paper, 2012) studies the effects of disclosure requirements in this kind of environment.  The model has senders choosing how much to spend on acquiring more precise information.  The paper contrasts a world where players have exogenously specified information structures, and those where the senders can choose how much information to collect.  The main result is that disclosure requirements, which force the seller to reveal the results of his experiments, have no effect when information acquisition is endogenous: endogenously chosen information is always revealed.

Finally, (“The Evolution of Brand Preference: Evidence from Migration,” American Economic Review, 2012, jointly authored with Bart Bronnenberg and Jean-Pierre Dube) looks at advertising, another setting for understanding persuasion.  The paper explores the origins of brand preference. It is well known that consumers appear to have a high willingness to pay for particular brands, even when the alternatives seem similar. Previous research also shows striking regional differences in brand preference (e.g. Hellmans in the South but Miracle Whip in the North). The paper combines consumer panel data from Neilsen with data on consumer origins.  The paper focuses on consumers who move between states.  It first demonstrates that consumers have brand shares that are predictable by the current and birth states.  To do this, the authors construct a measure of the deviation of a migrant consumer’s purchase behavior from the mean consumer in the current state and regress it on measures of decades since move. They demonstrate an “on impact” effect of moving to a different state followed by a slow decay in consumers’ propensity to purchase the home state brands.   The “on impact” effect is attributed to supply-side factors such as price differentials, while the slow decay is attributable to brand preference.   They examine the speed of adoption of highly advertised/non highly advertised and highly visible/nonvisible consumption products.  Highly visible consumption products are products where the brand is socially visible at the time of consumption (yes for chips, no for toothpaste).  They find that advertising-intensive products have a significantly longer decay upon move, suggesting a brand capital effect.  They find that this brand capital effect is most pronounced for socially visible consumption items.

In summary, Gentzkow is a productive young economist who applies frontier methods in empirics and theory to an important set of questions. His skills span the full range of the discipline.  He has been a pioneer in the area of media economics, defining questions appropriate to the changing media landscape.  His work is creative without sacrificing quality.   He has established himself as a role model in both substance and execution.