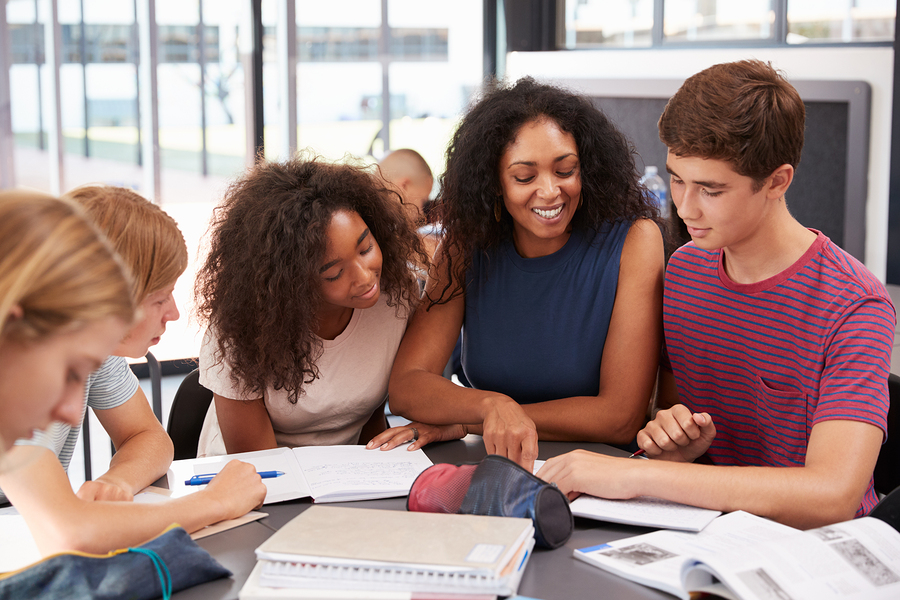 A paper in the American Economic Review says that effective teachers have an impact beyond their own classroom.

Fed up with swelling class sizes and stagnant paychecks, they walked out of their classrooms in Oklahoma, Arizona, and West Virginia to demand adequate compensation for the value they brought to their school systems.

Those educators may be even more undervalued than they realize.

A paper in the March issue of the American Economic Review says that good teachers can have an impact beyond their own classrooms, helping boost outcomes for students they never even met.

Author Isaac Opper says schools are undervaluing good teachers by at least 30 percent because they don’t consider the spillover effects that better-educated students have on peers.

His paper comes amid an intense national debate over public teacher compensation. Angry school teachers led 2018’s largest walkouts and accounted for roughly a third of laborers involved in worker stoppages in a record-setting year. His findings further bolster the case for investing in high quality instructors.

“I think in general it means good teachers are even more valuable than we thought,” Opper said in an interview with the AEA. “We’re pretty far from paying teachers their actual value.”

Previous research has shown that good teachers are a critical component in student success. But most of that work has focused on the direct impacts teachers have on students, without accounting for the ways in which they contribute to a more robust educational culture that feeds future success.

In order to study the spillover effects, Opper used the fact that multiple elementary schools often feed into the same middle school. He wanted to know whether well-educated fifth graders at one elementary school would provide a boost to kids from a different location once they met in middle school the following year. 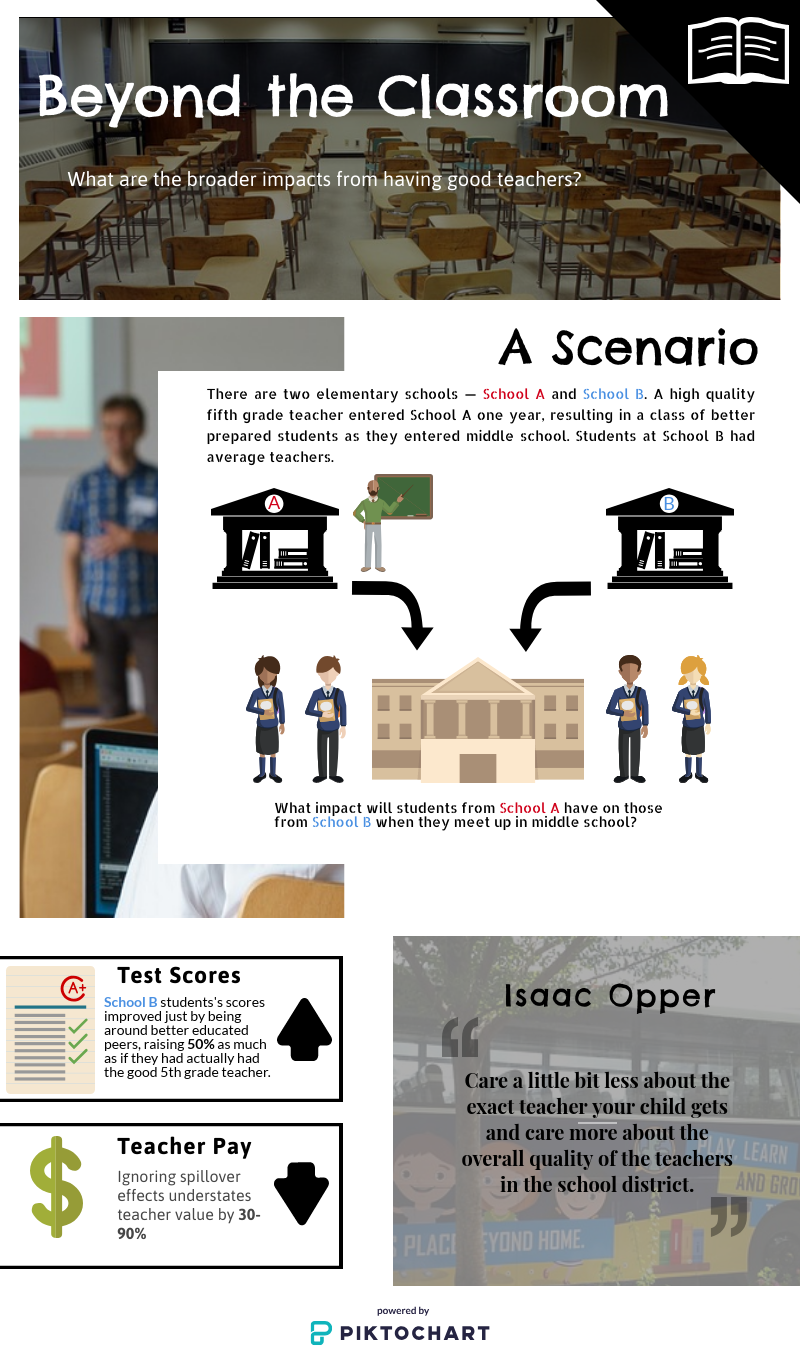 Opper examined data from 585,000 students who attended a New York City public middle school from 1990-2010, and identified effective teachers based on the effect they had on student test scores. Focusing on cases when a new fifth grade teacher arrived at a local school, he then looked at what happened when the good teachers’ students went on to middle school in the sixth grade and met up with kids from other elementary schools.

An effective teacher does indeed have an impact beyond their own classroom. Students who were surrounded by peers that were taught by a good teacher in the fifth grade saw nearly as large of an increase in their sixth grade test scores as if they had been taught by the effective teacher themselves.

It suggests that compensation packages based solely on a teacher’s performance in the classroom doesn’t reflect their overall value to the district, Opper said.

It’s unclear how these effects are occurring. It could be that, in hanging out together, one student’s good study habits might rub off on their friend. Or, it could be that having higher achieving students in a classroom allows a teacher to focus more attention on kids who need extra help.

Regardless of the mechanism, the research should give anxious parents something to consider before they get too worked up over the teacher their child is assigned. Opper says their concern should not focus squarely on an individual educator, but rather on the collective school environment.

“Care a little bit less about the exact teacher your child gets and care more about the overall quality of the teachers in the school or district,” he said.

“Does Helping John Help Sue? Evidence of Spillovers in Education” appears in the March issue of the American Economic Review.