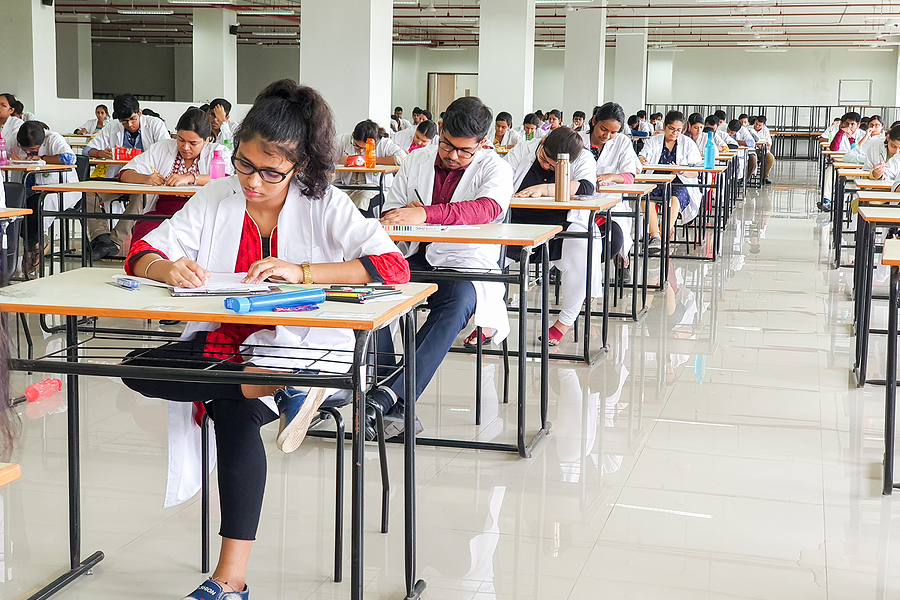 In theory, the best students go to the best colleges, receive the best education, and then take the best jobs.

In practice, this logic might be giving too much credit to elite schools.

A paper in the July issue of the American Economic Journal: Applied Economics found no evidence that India’s most prestigious colleges offered a better education. But author Sheetal Sekhri said that they still boosted earnings.

Indian students must pass an exam at the end of their secondary schooling if they want to go to university. Those who score high enough qualify for admission to India’s prestigious public colleges. Those who still pass, but with lower scores, are only admitted to less well-regarded private colleges.

Comparing students just below this sharp cutoff to those just above it—a technique called regression discontinuity design—revealed the value of a prestigious degree.

Figure 3 from the author’s paper shows how much scoring above that threshold changed future salaries. 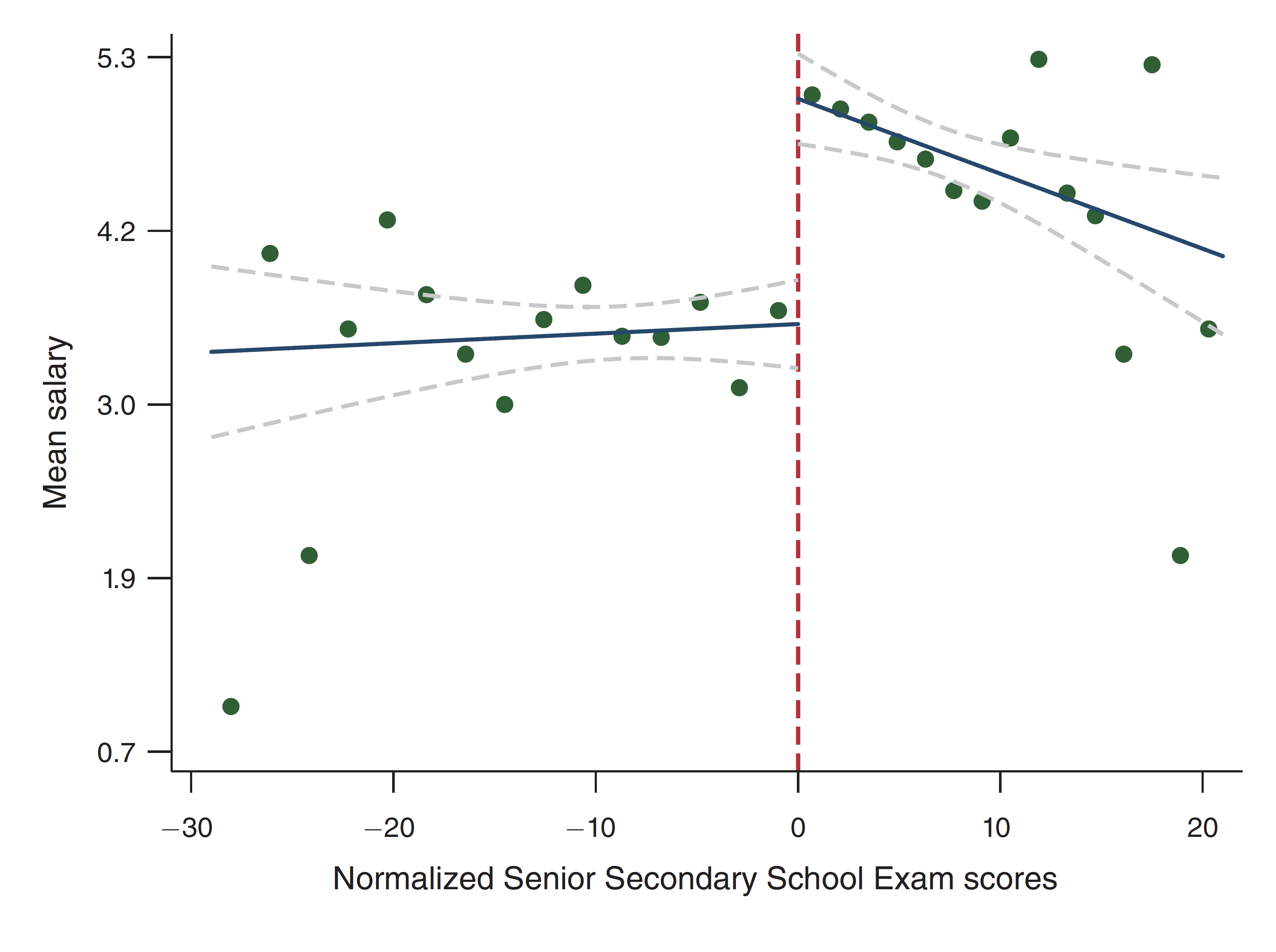 The y-axis represents the average salary for former college students in units of standard deviations—roughly 11,100 rupees. The x-axis shows their normalized scores on the entrance exams.

The solid blue lines are lines of best fit, and the surrounding grey dashed lines are confidence intervals. (The red dashed vertical line marks the threshold for admission to public colleges.)

The jump at zero indicates that scoring just high enough for admission to a public school increased salaries by approximately 8,000 rupees. To put that in perspective, entry-level jobs in the sample paid anywhere between 15,000 rupees and 40,000 rupees.

However, there was no jump in scores for the test that all students take upon college graduation. Students who just missed out on going to a public college scored just as high on their exit exams as their counterparts who did just make the cut.

The results indicate that employers may be using prestigious degrees as a rough signal of student talent. Alternatively, elite schools may be providing special opportunities to network with well-connected people.

This paper provides evidence that graduates of elite public institutions in India have an earnings advantage in the labor market even though attending...