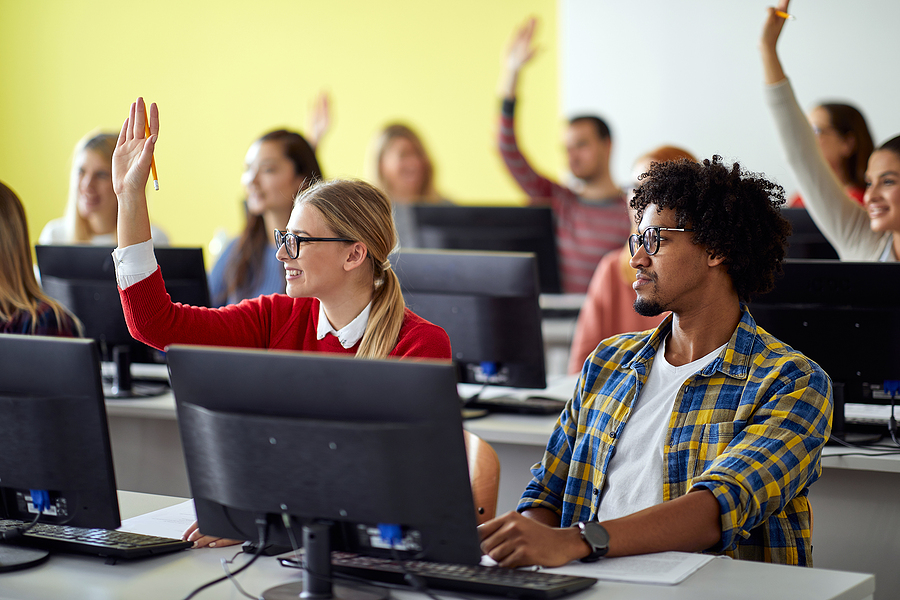 Eight years ago, Georgetown University’s Center on Education and the Workforce proclaimed that a higher skilled workforce would be increasingly critical to a post-recession recovery.

Researchers predicted that by 2020 around two-thirds of all jobs would need some education beyond high school.

It was a sizeable jump from the 59 percent in 2010, yet still undershot the actual trajectory. Last year, 70 percent of workers were in such jobs.

But the factors that drive college attendance have shifted dramatically in the post-WWII era, according to a paper in the American Economic Journal: Macroeconomics. Authors Lutz Hendricks, Christopher Herrington, and Todd Schoellman say that while family background was a better predictor before WWII, academic ability became more important in the decades that followed.

Figure 1 from their paper illustrates this stark reversal. It compares college attendance rates for two cohorts—students in 1933 (Panel A) and a separate group in 1960 (Panel B). Students are divided in quartiles according to their academic ability (different colored bars) and family socioeconomic status (plotted along the x-axis). In 1933, the differences in attendance rates were much starker between the most advantaged families (Q4) and least advantaged. There wasn’t significant within-group separation based on academic ability. A high-performing student in the lowest socioeconomic group was not much more likely to go to college than a mediocre student.

By 1960, the pattern reversed. The top performing students (light blue bars) in each family group are much more likely to attend university than weaker students. And while socioeconomic status still mattered, it was not the determining factor. The authors go on to lay out a theory for why this happened. They say rising demand for higher education and the introduction of standardized tests led to institutional stratification, making college more attractive to high-ability students and less attractive to weaker ones, regardless of their family background.

We construct a time series of college attendance patterns for the United States and document a reversal: family background was a better predictor of c...